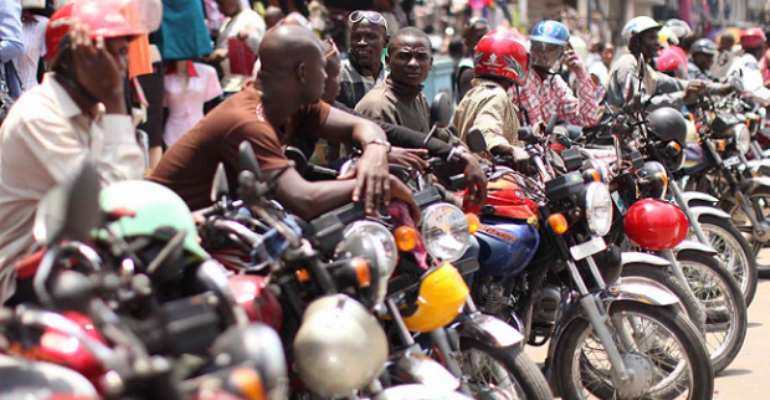 A senior lecturer at the University of Ghana’s Department of Geography, Professor Martin Oteng Ababio says no research was conducted before a law was passed to ban okada operations in Ghana.

According to him, the current law cannot stand the test of time because it has no research backing it.

He added that the lack of research prior to the passage of the law is the cause of confusion around okada operations now.

Section 128 (1) of the Road Traffic Regulations, 2012 (Legislative Instrument 2180), states: “The licencing authority shall not register a motorcycle to carry a fare-paying passenger.”

“The truth of the matter is that any law that is not backed by research is bound to fail. The failure of this law is not surprising to some of us. I suggest we look at the law in its totality because I don’t foresee the current law standing the test of time in Ghana today and in the near future,” Professor Oteng Ababio said in an interview on the Citi Breakfast Show on Thursday, September 17, 2020.

Prof. Ababio conducted research on okada operations in 2012 and recommended that banning such business will not be prudent.

About eight years after the law was passed, it has generated heated debate in Ghana following a promise by John Dramani Mahama, flagbearer of the opposition National Democratic Congress, to legalise okada if he is re-elected as president on December 7.

Prof. Ababio further urged the government to take a second look at the law in question.

“Motorbikes are part of our transportation system and it will forever be part of it. The use of same for commercial purposes is the bone of contention now. Can we look at it and see how we can regulate it and for that matter? I agree with such calls because it is well regulated in other parts of the world. Otherwise, if we go with banter or banning and not banning, the problem will continue to exist. ”