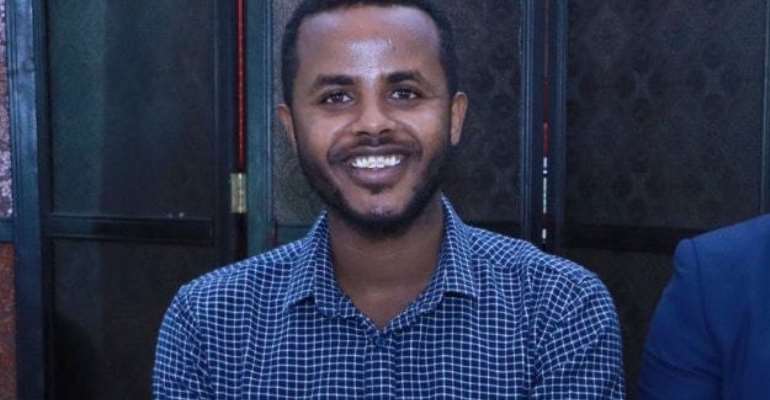 On Monday evening 14 September, police in Hargeisa detained journalist Ilyas Abdi Ali who simultaneously freelances for the Mogadishu-based independent Radio Kulmiye and the Nairobi-based humanitarian Radio Ergo. According to colleagues and journalists in Hargeisa, Ilyas was detained over a Facebook post calling for the release of Abdimanan Yusuf, the owner of Astaan TV, a local subscription-based cable TV service provider, who remains detained in Hargeisa since 17 July, 2020. On Tuesday 15 September, a court in Hargeisa granted the police seven days of remand in custody for journalist Ilyas pending investigation, according to family and colleagues.

â€œAny form of Attack against journalists is unacceptable and Somaliland authorities should immediately release journalist Ilyas Abdi Ali,â€ Mohamed Abdiwahab, Secretary General of Somali Media Association (SOMA) said â€œIlyas is a humanitarian journalist and his arrest not only represents a threat to the journalists in Somaliland but also constitutes rights violations.â€

Whereas, SJS and SOMA are concerned by the threats and intimidations leveled at journalists covering the Lower House of the Somali Federal Parliament, following a heated debate on the controversial sexual bill on Monday. We call for the officials at the Speakerâ€™s Office to withdraw their threats of suspension against the media houses who covered the event.

â€œWe are concerned that officials at the Parliament are threatening media houses with suspension for only covering a public debate in the Parliament. This must stop and media houses should be able to continue their coverage of the Parliament without any condition,â€ Abdalle Ahmed Mumin, the Secretary General of Somali Journalists Syndicate (SJS) said â€œThe Parliament is the core branch, which oversights the countryâ€™s democratic institutions, and only through the independent media, will the public know about what legislations are being processed or debated.â€

Separately, on Tuesday 8 September, police at Mogadishuâ€™s Aden Abdulle International Airport blocked two journalists from Somali Cable TV, who were on assignment to cover an opposition politician returning to the country. According to the journalists, when they have asked for clarification, the police cited instructions from the Ministry of Information. However the officials at the Ministry of Information denied that they have given such instructions.

Meanwhile, Universal TV reporter, Khadar Rigah has been released on 12 September without charge after spending five days in Las Anod police cell over his coverage of a protest in Las Anod town.

A/R: Journalists on tour with Regional Minister involved in ...
33 minutes ago

Focus on promoting human rights, be swift and fair in applic...
35 minutes ago