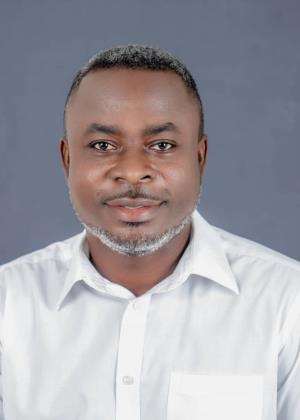 The Sunyani East NDC Parliamentary Candidate in the upcoming general elections, Allan Sekyere, has indicated the need for Members of Parliament to hold periodic update sessions with their constituents to keep them abreast of how various developmental programmes are being carried out.

To this end, he has pledged to hold quarterly Town Hall Meetings in the various communities in the constituency to showcase what is being done with his share of the District Assemblies Common Fund as well as other assistance being offered if he is elected as the Member of Parliament for the Sunyani East constituency.

The Town Hall Meetings, according to him, would also serve as a platform for his constituents and the public at large to voice out their concerns about key developmental challenges and discuss solutions about the way forward.

In his opinion, it should be the practice of MPs to report back to the people and account for their stewardship to ensure some openness and transparency in the discharge of their duties.

“The people must, for instance, know how much has the MP received as his share of the Common Fund or other funds from the government, and be able to track the how such funds are being utilized. I think that should be the way to go”, he stated.

In an interview, Mr. Allan Sekyere said one of the key projects he would pursue when elected would be the upgrade of the Regional Hospital in Sunyani into a Teaching Hospital to enable it broaden its scope of work and possible train medical doctors and other paramedics in future.

The NDC Parliamentary Candidate further promised to collaborate with the University of Energy and Natural Resources (UENR) and the Sunyani Technical University to set up an ultra-modern mechanical hub (Magazine) to develop talents and create jobs for the youth.

“Scrap dealers, water producers, artisans, and small scale businesses will be empowered via the Constituency Development Grant (CDG) to expand their businesses.”

Mr Allan Sekyere reiterated his commitment to establish a permanent secretariat to serve as the linkage between the constituents and the Member of Parliament if elected as the MP for the area.

The proposed Secretariat, which will primarily serve as the office of the Sunyani East MP, will have Job & Placement Unit, Entrepreneurship & Innovation Unit, Research & Development Unit and Counselling Unit, among several others.

“All these are to bridge the gap between the MP and the constituents and to ensure that the work of the MP is properly felt by the people on the ground”, he said in an interview in Sunyani.

“The job centre unit will also offer direction to graduate unemployed youth who wish to start something that would earn them their daily meal. The centre will also look for all available vacancies and assist the Youth secure employment. There are some of the youths who are illiterates, the centre will empower them to secure a skillfully trained job.”