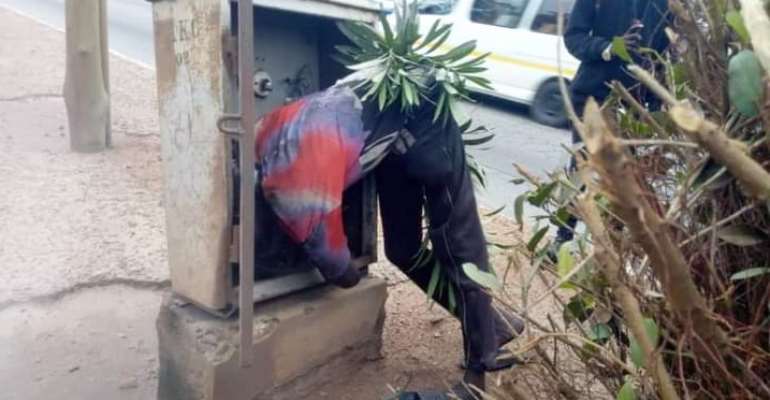 Luck eluded a young man who has been found dead and is yet to be identified. Reports say he allegedly attempted to steal electric cables from a telecom transformer at Tema Community 4.

The man died instantly when the facility caught up with him after he attempted cutting a live wire belonging to one of telecommunication companies in the country.

When DGN online visited the scene Monday morning, the suspect was seen with his head deep inside the transformer.

Items such as screwdrivers and a pair of pliers were seen protruding from his pocket and a polythene bag containing unknown items close to him.

The police were yet to arrive at the scene at the time of filing this report.

LGBTQ+ Bill: You're shameful backward thinker obsessed with ...
48 minutes ago