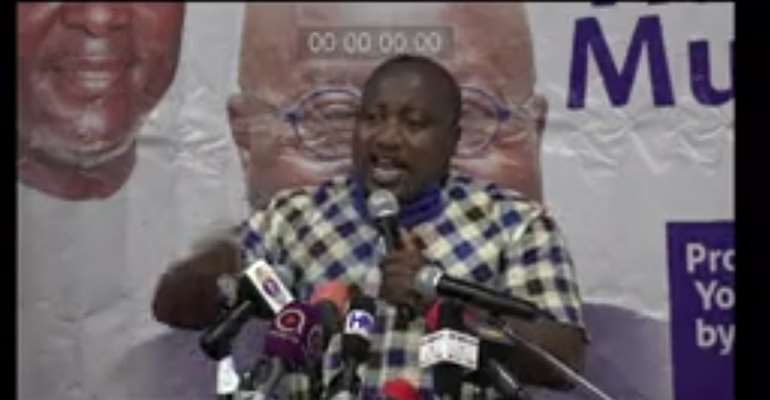 The National Youth Organiser of the ruling New Patriotic Party, Henry Nana Boakye has described the educational policy of the NDC in their 2020 Manifesto as unrealistic and not feasible.

Speaking to journalists during a press briefing yesterday, the NPPs Youth leader said the promises lack credibility, it's untenable and a total scam.

“Our verdict is that the NDC’s 2020 manifesto is simply a document full of unrealistic populist and discredited promises disguised as the people’s manifesto when in fact it is not,” he said.

He further explained, “The total number of Sandwich Students - Public Universities is 16,540 with an average fee of Ghc1,600 whiles Technical Universities Students and Private University Students are 56,610, with an average fee of GHS1,300 and 59,709, average fees GHS2,000 respectively. Therefore, 50% of fees of the about 433,360 tertiary students won’t be less than Ghc415,430,000 and we can boldly conclude that Mr Mahama cannot do this judging from his track record."

He quizzed where former President Mahama will raise the funding from saying the whole Manifesto is nothing but a scam and rehash of their 2012 Manifesto which he describes as deceptive.