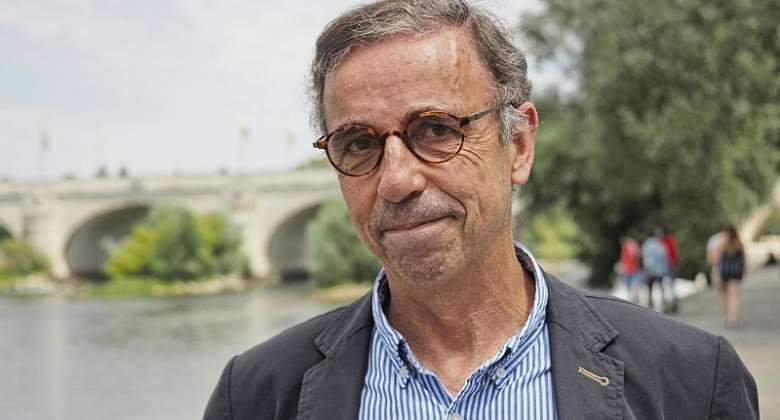 Recent local elections ushered Green mayors into several big cities in France and they're keen to make their mark. But after one described the Tour de France as “macho” and “polluting” and another banned the traditional Christmas tree on the grounds it was “incompatible with sustainable development”, some are finding them a shade too green.

The Tour de France arrives in the south-eastern city of Lyon this weekend. But the city's mayor, Grégory Doucet, has cast a shadow on what is generally a cause for celebration.

“The Tour de France continues to give a macho image of sport,” Doucet, of the Europe Ecology-the Greens (EELV) party, said in an interview on Wednesday.

“When you defend sporting values, you defend gender equality. There should have been a women's Tour de France a long time ago.”

He also argued it was “no longer acceptable” to host sporting events “whose first priority is not to consider their [environmental] footprint”.

As a result he said he wasn't sure Lyon would bid for stages of the Tour in the future until the event had “shown that it can evolve”.

On Saturday, as Lyon was putting up its finest bunting, the French women's cycling association (AFCC) said it “firmly rejected” the mayor's analysis.

Co-presidents Marion Clignet and Elisabeth Chevanne-Brunel  said they backed the Tour's organisers (ASO) which put on “high quality international women's races such as the "Flèche wallonne” or “Course by le Tour”.

As for the charge of polluting, AFCC insisted that “cycling, whether competitive or not, has an undeniably ecological approach”.

No 'dead trees' this Christmas

Doucet is not the only Green mayor to come in for criticism.

Pierre Hurmic, Bordeaux's new Green mayor, is putting a stop to installing Christmas trees in some public places around the city, notably the 17-metre high tree in front of city hall.

“We will not put dead trees onto our market places because it's not the way we see revegetation,” Hurmic told a press conference on Thursday.

He also plans to introduce a “charter to defend the rights of trees” and regulations to protect trees to come into effect by the end of the year.

Unsurprisingly, the French Association of Christmas Tree Growers (AFSNN) denounced the decision not to install the Bey-Berland tree.

“Reducing French Christmas tree growers to simple producers of 'dead trees' is, for us, an unfounded, dogmatic vision,” Frédéric Naudet raged in a statement. “It is clearly aimed at denying a family tradition both appreciated and popular in France.”

A petition to keep the tree has currently been signed by more than 3,000 people.

Among Hurmic's political opponents, Eric Ciotti, an MP with the right of centre Republicans party, described Hurmic as a “leftist extremist” while Marine Le Pen, leader of the hard-right National Rally denounced “a visceral rejection of French tradition”.

"This political ecology has nothing to do with preserving the environment and the planet," he tweeted.

There have been raised eyebrows even within EELV.
Bruno Bernard, a fellow EELV member and head of the wider Lyon region, defended the “magnificent” Tour de France as “part of our heritage”, even if it needed more “eco-responsibility”.

Matthieu Orphelin, co-president of the Greens at the National Assembly, warned his colleagues against "bad symbols and clumsy communication".

“That's exactly what the anti-ecologists are waiting for,” he said, especially just a few months ahead of regional elections.

The Greens are hoping to continue making major inroads into French politics after ushering in a green wave in local elections in June.