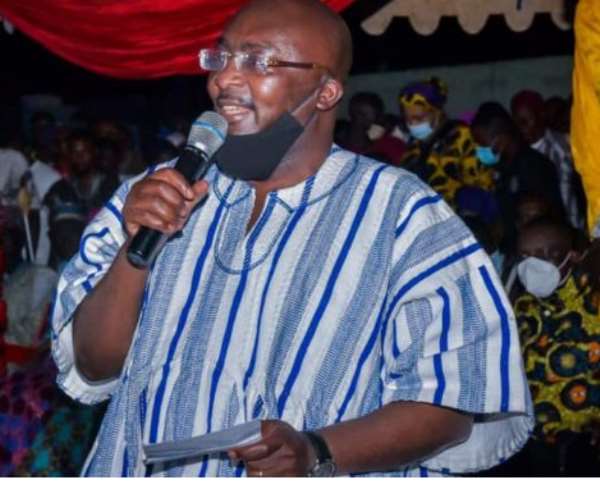 Vice President Dr. Mahamudu Bawumia has asked the chiefs and people of Damongo in the Savannah Region to retain President Akufo-Addo in the upcoming polls to transform the newly created Savannah Region.

Dr. Bawumia says the first term of the NPP has seen unprecedented development across the country, adding that more needs to be done to meet the expectations of Ghanaians.

“There is so much progress going on under the leadership of Nana Akufo-Addo. There is more to be done. That is why we are asking that you give him four more years. Nana Akufo-Addo is not from Gonjaland, but he has shown so much that he cares for the land. Action speaks louder than words and Nana’s action is speaking loudly. Vote for him massively.”

The Vice President said this as part of his tour of the Savannah Region.