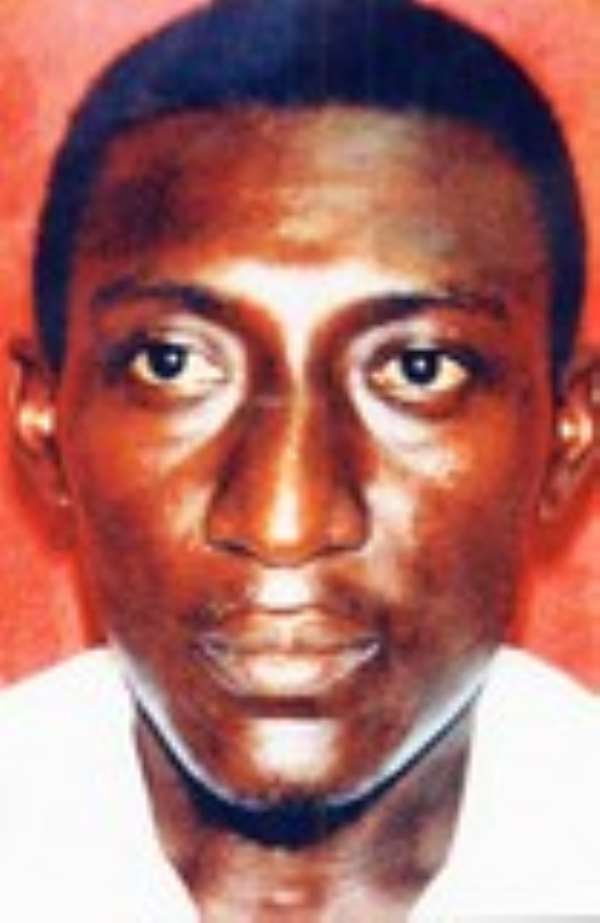 THE Police have put a price tag of ¢50 million on Asem Darke alias Sheriff, who is reported to have carted away the 77 missing parcels of cocaine from M.V. Benjamin, a vessel at the Tema Port.

Three others, Kwak Yeo Seoung, alias 'Killer', Choi, captain of the vessel, and Lee, Chief Engineer all Koreans who have been linked to the disappearance of the consignment have also been given a price tag of ¢50 million each.

Chief Superintendent Bright Oduro, Accra Regional Crime Officer, who disclosed this to the Times in Accra yesterday, said the case is being handled by a team of investigators from the regional Criminal Investigations Department, Ministries of the Interior and National Security.

He said Sheriff resident at Tema Community '5' chartered the MV Benjamin while Seoung organized the trip to bring the cocaine from the high seas with Choi and Lee in charge of the vessel.

Mr. Oduro said that when the vessel docked at the Tema breakwaters on April 25, Seoung and Sheriff organized some fishermen with a canoe to go and take 77 of the 78 parcels of cocaine from it.

"They again met the fishermen at Kpone at dawn on April 26 when the parcels were evacuated unto a truck and sent to an unknown destination," he said.

My wife was pregnant – Husband of missing but found Takoradi...
29 minutes ago

I'm not bothered about a likely coup, I worry of possible up...
42 minutes ago