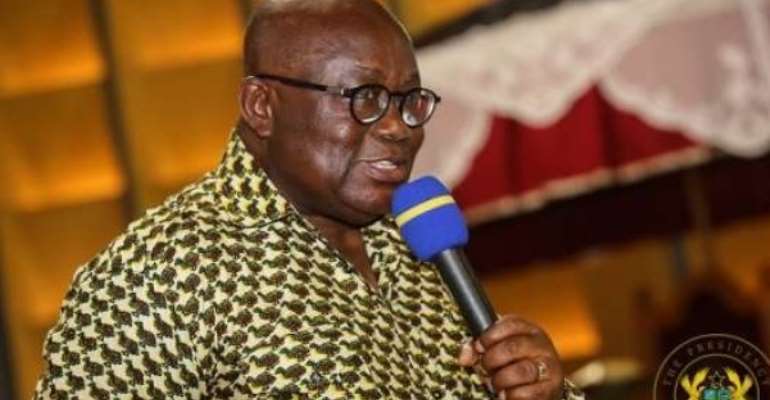 President Akufo-Addo on Tuesday appealed to the chiefs and people of Bono East Region to vote for him and the New Patriotic Party (NPP) parliamentary candidates in the December 2020 Elections.

He said in about three-months, Ghanaians would go to the polls on December 7 and implored the people to remember the hard work he had done to retain his government in power.

The President was addressing a durbar of chiefs and people of Kajaji to kick start his five-day working visit to the Bono, Bono East and Ahafo Regions.

President Akufo-Addo specifically mentioned that the electorate in Sene East, Sene West, Pru East and Pru West had since 1992 voted in "one way", saying it was time the people changed the voting pattern in favour of the NPP in the forthcoming general elections.

This, he said was the surest way they would see improvement in their socio-economic livelihoods.

President Akufo-Addo emphasised the implementation of the Free Senior High School educational policy, Planting for Food and Jobs and many other social intervention programmes by the government to motivate the electorate to maintain his government.

He also called on the electorate in Sene East to vote for Mr Nicholas Betagan, the NPP"s Parliamentary candidate.