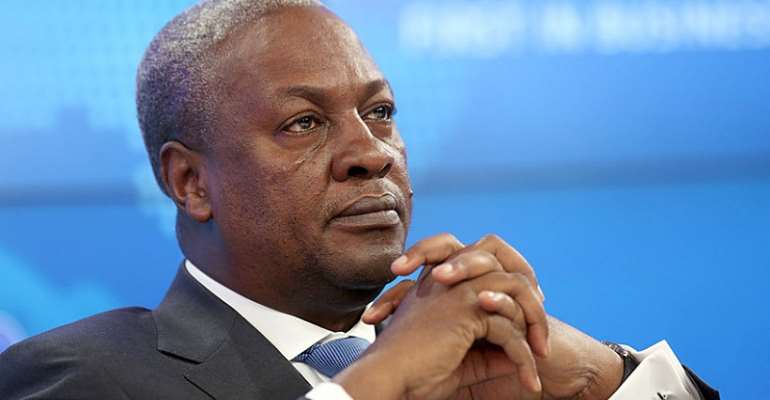 Former President, John Dramani Mahama has said it is imperative that Ghanaians vote for him in 2020 to help redirect the country’s path because Akufo-Addo is likely to "die" early and burden the country with debt.

The former President was in the Upper West Region as part of hos tour of the country ahead of the 2020 elections.

Speaking to the Chiefs, elders and people of Nadowli, the President noted that the Akufo-Addo administration has over borrowed and with the President’s age, he won’t be able to pay the debt accrued under his watch because he may die early and that it’s the younger generation that will be made to pay for such monies.

He said “the age of Akufo-Addo is shorter than all you young people. If you go to the market you see a small goatskin and you see an old goatskin. Young people can die I agree but If the natural order is to be maintained, somebody who is 20 years old here is going to live maybe the next fifty years.