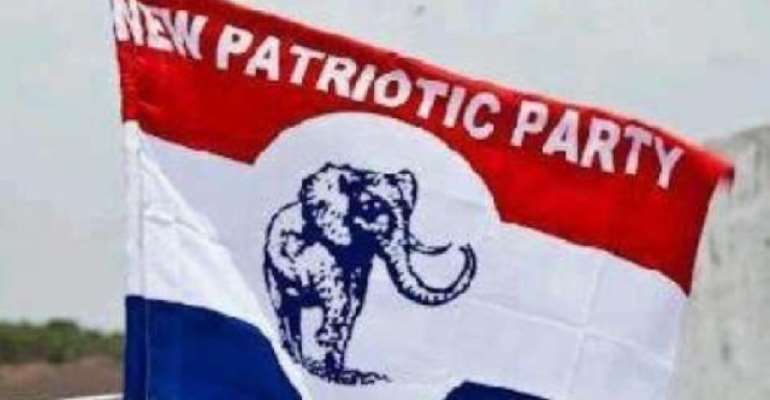 The ruling New Patriotic Party (NPP) in the Abirem Constituency in the Birim North District of the Eastern Region has denied allegations that the opposition National Democratic Congress’ (NDC) Parliamentary Candidate, Mavis Ama Frimpong, was arrested or detained by the police on its orders.

This follows reports that the District Chief Executive for the area, had directed the Police to detain some culprits who were involved in the removal of the NPP’s flags and posters at Adausena.

According to the Abirem Constituency NPP, the allegations is an attempt on the part of the opposition NDC in the constituency to court sympathy from the people.

A statement issued by the party and signed by its Constituency Secretary, Evans Osei Yeboah on Monday, 7 September 2020 noted that: “On Friday, September 4, 2020, the NPP as a law-abiding party in Abirem Constituency, lodged a complaint with the New Abirem District Police Station on the removal of the NPP party flags and posters at Adausena by some NDC Apparatchiks.

“The police followed up on the report and the culprits of the said act were arrested.”

The Abirem Constituency NPP, however, stated unequivocally that “the DCE. Hon Remond Nana Damptey did not instruct the District Police Commander to detain the culprits.

“Again, it must be stated that; the NDC Parliamentary Candidate, Mad. Mavis Ama Frimpong was neither arrested nor detained as the NDC party in Abirem wants the public to believe.”

It continued that it believes “this is a calculated, diabolical and malicious attempt to create an unfounded diversion in order to win sympathy for the NDC party in Abirem.”

The statement emphasised that the NPP in Abirem constituency “believes and holds firm to democratic principles and condemns all forms of indiscipline,” adding "We are grateful to the police for their prompt response and do applaud them for maintaining peace and tranquility in the Constituency.”