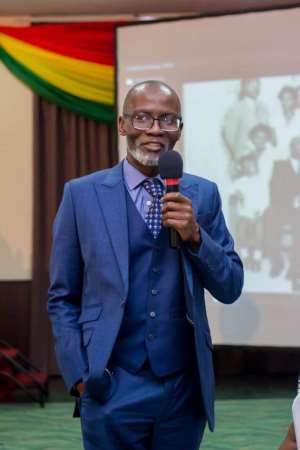 In Ghana, over a hundred major scandals have been recorded under the Akufo-Addo’s government. Out of these, two scandals, PDS and Agyapa are seriously competing for the unenviable crown of the worst scandal in the history of Ghana. Before I go any further, let me give you synopsis of these shameful improprieties.

PDS which is purported to be made up of family and friends of President Akufo-Addo, reportedly couldn’t account for 1.7 billion Ghana Cedis collected as electricity tariff revenue within their 7-month takeover (stewardship).

Kwaku Boateng a columnist of Ghanaweb has this to say in his article, “PDS Deal Is Not Just A Corruption Scandal” “. . . none of the corruption allegations under past presidents come close to Akufo-Addo’s PDS scandal in terms of scale, structure, boldness, determination, notoriety and public disregard.”

In connection with Agyapa, Akufo-Addo’s government seeks to mortgage our gold royalty’s revenue for 15 years in return for upfront cash of USD500 million using a suspicious company called Agyapa Royalties Ltd. The deal, which the Attorney General, Gloria Akufo, cabinet minister of Akufo-Addo’s government describes as onerous and unconscionable is believed to have opaque terms and spiced with family and friends interests. The company has relationships with individuals who are directly connected to President Akufo-Addo and some of his top officials. One of the obnoxious terms of the agreement is that no successive governments can change the directors of Agyapa.

As much as some well-meaning Ghanaians think PDS is an international embarrassment of monumental proportion, and the biggest corruption scandal in the history of Ghana, others think Agyapa stinks more than PDS. It is very tough to decide, isn’t it?

It is certainly a competition between Titans, and I want to conceptualise this into a virtual football match for my cherished readers to have a mental picture of the struggle for the crown.

Ladies and gentlemen, the players of both sides are now on the field exchanging felicitations. The referee blows his whistle for the commencement of the match, Bran sends a long one to Bofty, Bofty kicks the ball to Ken the Bondman, he turns round and heads the ball to Yaw Osofo Marford, Yaw surges forward across the centre line and passes the ball to Kofi Osofo Manford. Kikikikikiki, this seems like the proverbial Akan saying that, during a “kokofu” football match, you are not given a pass if you don’t have a relative within the team. Kofi fires a long range shot, but goalkeeper Nana the Gun Eater punches it over the cross bar for a corner kick.

Cabby the Octopus is standing behind the ball for the corner kick. He sends a nice one into the penalty box, but Bran kicks it over the bar for another corner kick. Abakade, pressure be what? Ice Ankama takes a beautiful corner into the area of PDS FC, Keli Wallgeko heads the ball to Alhaji Bawu, he dribbles the ball past two men and sends a short one to Sammy Ayiku, Sammy to Philip Densu, Philip to Perry Afadjato, but Cabby the Octopus intercepts the ball and kicks it to Sickings, he sends a beautiful one to Yaw Osofo Marford; he heads it nicely to Bofty Afuku-Addro, Bofty dribbles the ball past three men and gives a nice pass to Agyaboni Merci. He is moving with the ball, he sends a long one, but it goes straight to Philip Densu, he chests the ball and sends a long one to Alhaji Bawu, Alhaji dribbles the ball past four men in a Brazilian style, but the ball was intercepted by the Octopus man.

Cabby the Octopus sends a mid-air pass to Captain Olu the Nadaa, but he is too short to get his head to it, and the ball crosses the line for a throw-in.

Peta Amewukugi picks the ball for a throw-in, he throws it to Anthony Karko, he brakes the ball and sends a nice pass to Perry Afadjato, he sends a quick one to Sammy Ayiku; Sammy moves towards the penalty box; it’s becoming dangerous. Ken the Bondman attempts to intercept the ball but wasn’t successful, Sammy Ayiku surges forward dangerously, putting pressure on the defence of Olu’s men, Attorney, eii sorry, Anthony the General moves in with a tackle, but it’s a goooal! It’s a gooal! Ladies and gentlemen, Anthony the General has scored an own goal. The pressure was too much. PDS FC 1, Agyapa United 0.

The ball is at the centre line, Cabby the Octopus sends a beautiful pass to Ice Ankama, he also sends a quick one to Olu, and he moves dangerously towards the penalty box, are we going to see the equalizer? Olu! He moves on. Ooh what a tackle? Anthony Karko kicks him mercilessly.

The referee pulls his whistle, what am I seeing? There seems to be trouble. Olalaa! The referee points to the penalty box. It’s a penaaalty! Oh what a calamity? Olu is standing behind the ball ready to take the kick. Olu, what can he do? A shot, and it’s a goooooooooooooalkeeper! Somehow, the goalkeeper was able to claw the ball back before crossing the goal line; oh what a save? Laa ilaaha illallah!

Goalkeeper Kenith the Miller sends a long aerial ball to the middle of the pitch, Cabby intercepts the ball. He chests it and sends a short pass to Ken the Bondman, Ken sends a back heel pass to Olu the Nadaa. He dribbles past three men, Mathematical Olu, what can he do? And it’s a goooal! Agyapa has equalised through Olu. What a match!

The first half of the match has come to the end with a piercing noise from the referee’s whistle. The players of both teams are having a rest as their technical benches are drawing out strategies for victory.

The referee blows his whistle for the beginning of the final half of the match. This time around, the star-studded Agyapa team is piling a lot of pressure on its opponent. Yaw Osofo Marford passes the ball to Kofi Osofo Marford, Kofi sends a long one to Cabby the Octopus, he also kicks the ball to Ken the Bondman, Ken sends a beautiful one to Bofty Afuku-Addro. Bofty sends a nice pass to Olu the Nadaa, Olu, can he do it again? It’s a gooooal! He’s done it! That was a terrific goal by all standards.

The referee whistles for the end of the match. PDS FC 1, Agyapa United 2. The spectators are jubilating, but the citizens are not happy of the turn of events, and are threatening to petition the LSE, but until then, I bring my commentary to an end. God be with you all.

Mahama calls for forensic audit of COVID-19 funds across Afr...
7 hours ago