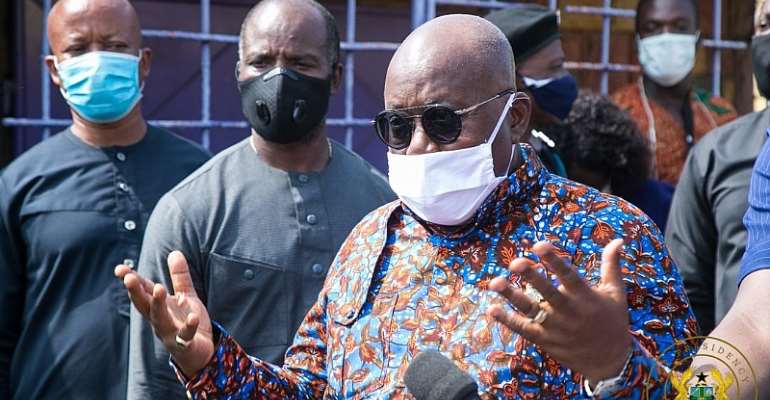 President Akufo-Addo has questioned the silence of senior citizens over what he says is a disturbing ethnocentric comment made by former President Mahama about the people of Akyem.

Nana-Addo says politicians who make distasteful comments must be called to order irrespective of social status or political affiliation.

A post by the Bolgatanga Central MP, Isaac Adongo, describes elements from the New Patriotic Party as “Akyem Sakawa Boys” in relation to the controversial Agyapa Royalties deal.

But at a meeting with the leadership of the Ghana Catholic Bishops' Conference on politics of insults which is gradually creeping into the country's body politic, Nana Addo Dankwa Akufo- Addo said those who matter in Ghana’s political space should condemn the comments made by the (NDC) flagbearer.

“I am very disturbed about this remark made by the former President Mahama about Akyem people. I have not heard any senior citizen of this country – lay, religious or civil society organization reprimand him for that thing. What can be the basis of such a remark? This is the kind of language we don’t want in our politics.”

Nana Addo used the occasion to remind Ghanaians and leaders in politics that a goal of political discourses in the country is to obtain a sanitized public space where debates and national issues dominate and shape public life.

He also noted that the government had become a punching bag on matters of free speech.