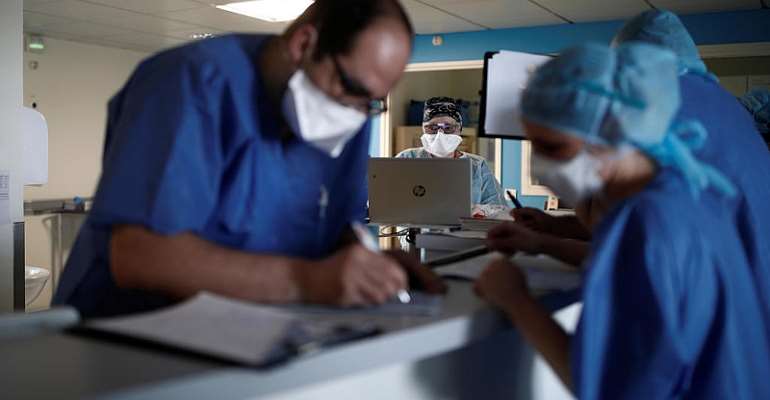 France has recorded 8,975 new cases of Covid-19 in the last 24-hour period, the highest number since the start of the outbreak of the virus that spread from China and began manifesting itself in Europe in February.

France's registered its previous record of new infections at the peak of the first outbreak. On 31 March, the French health ministry counted 7,578 new cases -- some 1,500 fewer than on the latest count.

One of the reasons may be that testing has become more extensive. But the positive testing rate is 4.5 percent, with 53 new clusters were discovered over the last 24 hours. Since Thursday, 4,671 people have been hospitalised with severe symptoms, 473 are in intensive care, 9 more than on Thursday.

Globally, a total of 26 million Covid-19 cases have been registered, resulting in over 873,000 deaths. USA, Brazil and India top the list with the US the most affected country by far, with over 6.3 million cases.

At the peak of the epidemic after the initial outbreak, daily infections only crossed the 7,000 mark once. But in the 8 days since 28 August, the 7,000-mark has been surpassed four times.

The French government on Friday announced it had shut 22 schools in metropolitan France and the overseas territory of Réunion due to new outbreaks.

Nurses, teacher trainees who completed their training in 201...
42 minutes ago