Attack On Military Personnel At Domefaase; Political Interference Is A Major Cause- Stranek-Africa 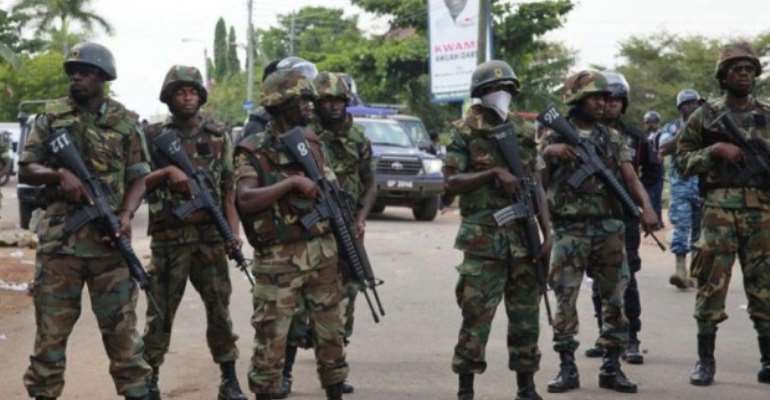 STRANEK-Africa joins the Coalition of Civil Societies Against Political Vigilantism (CCSAPV) in condemning the brutal assault of the two military men which led to the infliction of knife wounds and their uniforms torn over a piece of land at Dome Faase in Obom Domeabra Municipal. Culprits should be made to face the full rigors of law.

The military men went to Dome Faase to intervene in a possible clash through the “Operation Calm Life” but were rather assaulted by residents. This reminds us of the murder of Major Maxwell Adam Mahama who was killed at Denkyira Obuasi in the Central Region on May 29, 2017.

It is clear to we at STRANEK-Africa that, the wanton clashes with security agencies has become rampant and that is of great concern. The primary aim of the military and other security agencies is to protect, maintain law and order. Hence, why should the military be disrespected by civilians? Gone are days where civilians have maximum respect for the military even when they are not on duty.

It is not the habit of Ghanaians to attack security operatives and that is why it is prudent to rekindle confidence as well as respect for the security agencies of Ghana by divorcing political interference from the mode of operations of the security agencies. Going into the 2020 election, the whip must be cracked when there is misconduct and unethical exhibitions by security operatives.

Ghana can be assured of democratic governance at its best if steps are taken to restore confidence and respect for its security agencies.

We are all involved in building our motherland Ghana.