Fix Reflectors On Steel Bridge To Save Lives – Assembly Member 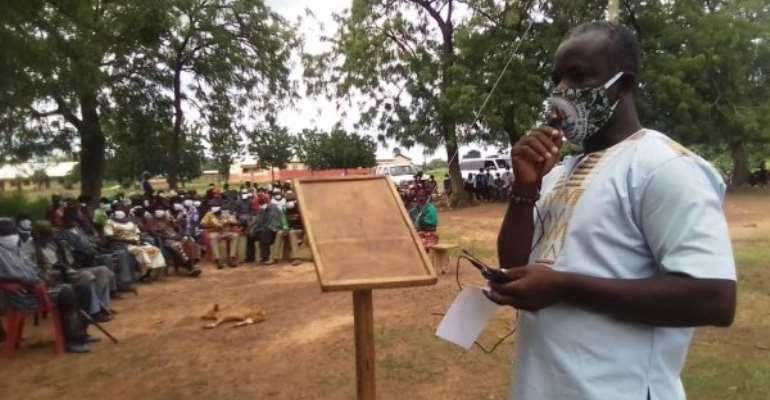 Mr Frederick Langteng, the Assembly Member for Kalsagri Electoral Area in the Lawra Municipality of the Upper West Region, has appealed to the Assembly to fix reflectors on the Nawer community metal bridge to prevent accidents.

He said the lack of reflectors on the metal bridge made travelling difficult for motorists at night because of poor visibility.

He said some people had died and there was the need to expedite action on fixing the reflectors to improve visibility at night.

Mr Lanteng was speaking during a social auditing engagement organised by the National Commission for Civic Education (NCCE) at Kalsagri in the Lawra Municipality.

The programme was part of the implementation of the European Union (EU) funded project dubbed: “Rule of Law and Anti-corruption Programme (ARAP)”.

The Assembly Member asked the Assembly to expedite action on some projects, including the roofing of a maternity block built by the community, the enlargement of the Kalsagri dam and the drilling of four boreholes in communities within the Area.

Mr Lanteng expressed gratitude to the NCCE and the EU for the project.

He said it had helped the people to understand their role to demand accountability from duty bearers and to contribute to development.

Touching on the ARAP project, Mr Mornah Jesurun Ninge, the Lawra Municipal Director of NCCE, said it was to promote good governance and democracy through enhanced citizen's knowledge in participatory democracy.

He said it was important for citizens to get involved and participate in the development process of their communities as a civic responsibility.

Mr Mornah told the people that they had the right to hold duty bearers accountable for their development needs.

Madam Kuomah, the Regional Director of NCCE, advised citizens not to depend so much on government for every development need but rather be motivated to carry out self-help initiatives to attract the support of the government.

She praised the community for initiating the construction of a maternity block and appealed to the Assembly for the necessary assistance to complete it.

Madam Kuomah urged the Chief and people of the community to take interest in development projects initiated by the Assembly and to work with them to achieve the purpose.

He mentioned the Pavuu-Gbelinkaa-Babile road, Kalsagri-Nanyaare road, the second phase of the construction of Kalsagri Dam, connection of electricity to the Kalsagri CHPS Compound, drilling of four number boreholes, and one solar-powered mechanised borehole as some of the projects that were already on contract.

He said the community needs would receive the needed attention from the Assembly.

Mr Bomba-ire said an open door policy would enable his administration to serve the people better.

He lauded the NCCE and the EU for the programme because it would help promote participatory democracy.