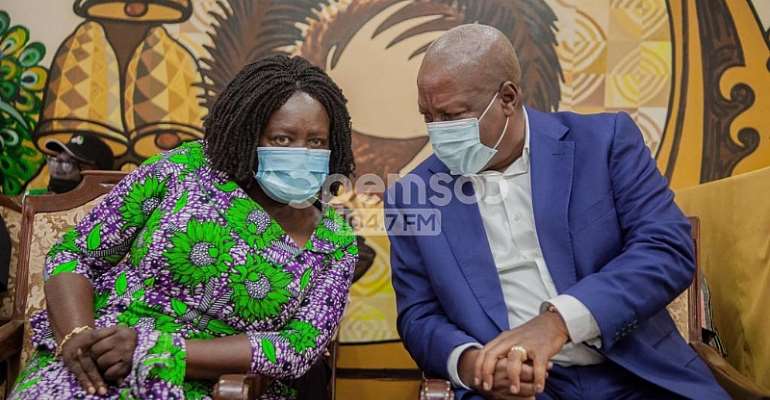 Former President John Mahama has said he is going to set up 'Operation Sting' to fight corruption when he wins the December presidential election.

He launched a blistering attack on the Akufo-Addo-led New Patriotic Party (NPP) administration and singled out the President claiming he was 'shielding' his appointees from being prosecuted for alleged corruption.

“The NPP has lost the fight against corruption,” the former President, who lost the 2016 general election after numerous corruption scandals and poor handling of the economy that derailed his second term bid, said recently on a pro-National Democratic Congress (NDC) television station in the Volta Region.

“This President is not willing to fight corruption and everybody knows that when you fight corruption, corruption fights back. Depending on who you are in this administration you can do whatever you want and get away with it because he (President) would personally clear you and say that nothing untoward has happened,” he alleged.

“I mentioned the other day that there is a long list of cases of corruption and yet he has not made anybody to investigate them,” he added.

He claimed further that the NPP government has 'tied' the hands of Special Prosecutor Martin Amidu, and he is not able to fight corruption as he should.

“The Office of the Special Prosecutor is his own baby and yet he has tied the hands of the Special Prosecutor. We all know Mr. Amidu is a very vociferous lawyer, and I am sure that if his hands were freed to really investigate these cases he would have gotten some prosecutions by now, and my point is that when you fight corruption you need to do it so that it becomes a deterrent so that others will not engage in it,” he pointed out.

The former President also claimed the order to ask the Auditor-General, Daniel Domelevo, to proceed on his accumulated leave was because he (Auditor-General) was investigating Senior Minister Yaw Osafo-Maafo and the President was working to prevent the investigation.

“Obviously, they have lost the fight. Look at what has happened to Domelevo. The Auditor-General department is a constitutional body, and it is supposed to be independent body so that the occupant can do his job properly,” he asserted.

“Unfortunately, this President, who is a lawyer and knows the constitution better than I, has asked the Auditor-General to go on leave. It is the same as asking the EC commissioner to go on leave or asking the Chief Justice to go on leave. That is the import of what he has done and he has done it just because Domelevo was investigating a person close to him, the Senior Minister, on the Kroll associates matter and it was time to go back to the courts so we have noticed that he has accumulated leave (sic),” he added.

Mr. Mahama then added that “so obviously, this government has lost the fight against corruption and people are tired of corruption. It demotivates them, and there is a leader who should not only investigate former appointees but also investigate people who engage in corruption in his era.”