Bawumia Swerves Political Pundits Over Plans To Takeover After Akufo-Addo 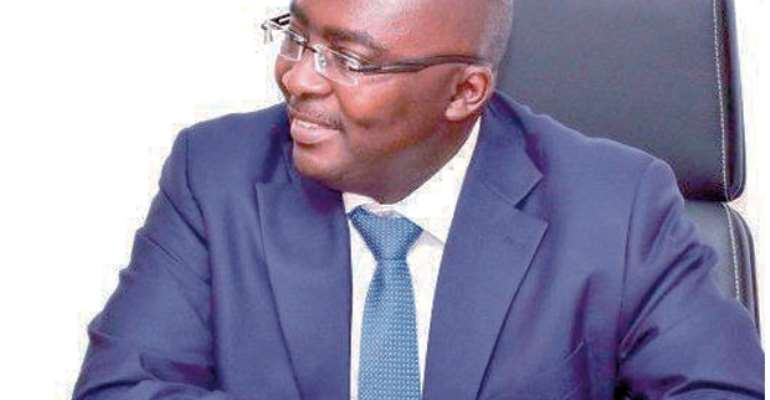 Vice-President Dr Mahama Bawumia appears to have swerved political pundits when he deferred a question of whether or not he would like to succeed his boss, President Akufo-Addo, when he exits power.

When he was asked about his ambition to succeed President Akufo-Addo subsequently, the Vice-President cleverly and tactfully did not respond directly to the question.

He only said, “Everything is in the hands of almighty God and, once again, I am very happy working under Nana Akufo-Addo to bring real change in people's lives. He is a great boss and that is all I am thinking about.”

Responding again to the interviewer, Kwame Sefa Kayi, on 'Peace FM' last Tuesday, the Vice-President said, “Yes! God is wonderful. You really have to just work,” adding “do your work and when He gives you the opportunity, anything that comes afterwards if He wants it, it will happen if He doesn't want it, it wouldn't happen and you shouldn't be worried about that. I focus on my work.”

He said his preoccupation right now is rather to work harder to ensure the President succeeds.

“2020 is three months away and the battle remains the Lord's. What is left is for us to go out there and tell the people the work that we have done within the past four years they gave President Nana Akufo-Addo the mandate.I believe that if we are able to communicate our policies well and how they have benefited people, then Ghanaians will look at us favourably,” he stressed.

He said, “But we don't want to take anything for granted. We have to work hard, pray and leave it in the hands of God. We are definitely not in the type of comfortable lead that our opponents were in the last time. We leave that one for them.

“Insha Alla, we have hope our work will speak very much so for us. It is a lot of work, Kwame. The work is massive and speaks for itself and goes to every district.There is no district in this country that has not been touched by the work that Nana Addo Dankwa Akufo-Addo has done,” he added.

“As Vice-President, I think that I have a boss who really wants things to be done in a hurry. He is almost a workaholic. At his age, he is stronger than us, as young men. He is demanding and, of course, it is something that we all have to work to. You cannot relax; you have to keep going at it.

“Government is also very large and you have to coordinate a whole lot of agencies to get certain things done.

“It can be a challenge, but it helps us to know what is going on. I think that the whole issue is he wants to deliver quickly, but sometimes government doesn't move as quickly as you do.I realized in government that if you want something in six months' time you have to say you need it in three months' time,” he asserted.

He said because President Akufo-Addo wanted things done quickly, it had forced him to complete his tasks on time.

“He drives me, and I also have to drive them. I have a good team, and I am very proud of my team. They are excellent,” he added.