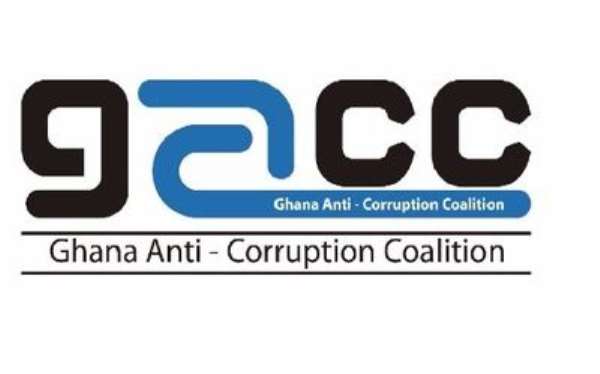 A survey conducted by the Ghana Anti-Corruption Coalition (GACC) reveals that some Ghanaians are in support of strict enforcement of the Political Parties Act, 2000 (Act 574) to aid in the fight against the canker of corruption.

The Act states that political parties must disclose their sources of funding in their political activities.

GACC in its report dubbed: “Anti-Corruption Manifesto” said political parties must consider the implementation of the Act in their manifestos to augment the fight against corruption.

Jacob Tetteh Ahuno, Programmes Officer of the Ghana Integrity Initiative, highlighted some parts of the report during a press briefing in Accra on Wednesday, August 26, 2020:

“Citizens proposed that they want the next government to ensure the enforcement of the Political Parties Act which stipulates under Section 21 that political parties should disclose their funding sources. If you check with the Electoral Commission, for the past 15 years not even one political party has submitted its financial report in full. When we say in full, we mean, for every year…This tells you that the law is not fully enforced.”

“Citizens are also asking for Act 574 which is again a Political Parties Act, to be amended to include disclosure of funding sources for candidates contesting presidential, parliamentary and local level elections, so we need to know who is funding the political parties. As of now, it is not included in the law and citizens are calling for its inclusion,” he added.

Part of the Anti-Corruption Manifesto also indicated that many Ghanaians demand continuity in projects and programmes by successive governments.

“Citizens are of the view that the disinterest to continue projects of the former administration stems from a desire to re-award contracts to service providers that they [ruling government] favour. Citizens are now proposing that the Presidential Transition Act 845 should be amended to include ongoing infrastructure. The law should give time limits for the new government to review and publish their plans for continuing the project. Should the government decide to change the service provider or make any other significant changes, it must be done within a time limit with explanations and it must be published, so we can know why they have decided to change the service provider and query them if need be.”