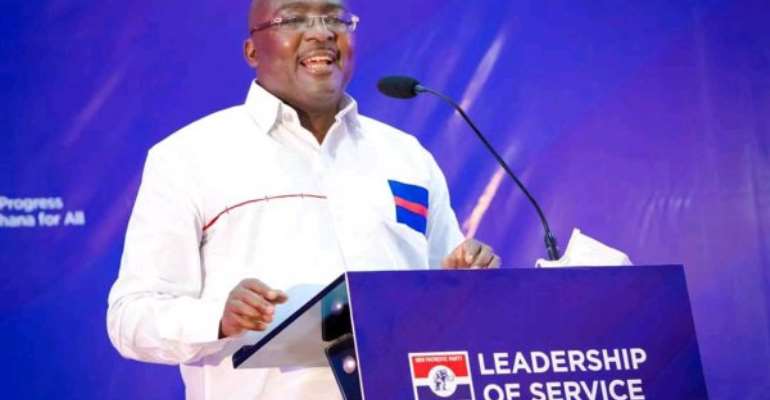 Vice President Dr Mahamudu Bawumia says the Akufo-Addo government in the last three and half years has attained superior records in all sectors of the economy, comparable to the opposition National Democratic Congress's (NDC) administration which ruled for 8years.

"Comparing the NPP and NDC governments' records on the economy is like comparing day and night because we have a superior record," he said.

Dr Bawumia further explained that the ruling government had stabilised the economy in all sectors with surplus trade balance, an average of seven per cent economic growth per annum since 2017, as against 3.6 per cent in 2016.

Vice President Bawumia said this in an interview with the media in Accra on Tuesday.

“When we came into office, Ghanaians were saddled with a lot of difficulties but we have been able to manage the economy and delivered solid records.

“We brought down the fiscal deficit from 6.8 to 4.8 per cent between 2017 and 2019. We had primary surpluses for three consecutive years and it was the first time in a decade; and we have witnessed a decline in inflation, interest rate, and also seen a decline in the lending rate from 32 to 23 per cent.

“The monetary policy rate came down from 25 to 14.5 per cent, our trade surplus between 2017 and 2019, this is the first time in two decades that we have had trade surplus three consecutive years.

“Our rate of exchange depreciation has been halved to 50 per cent less compared to what we inherited. That is a major achievement,"Dr Bawumia emphasised.

The Vice President noted that the NDC's government cumulatively increased electricity between 2012 and 2016 by 265 per cent despite the frequent power outages (dumsor), as against the NPP government's 13.5 per cent cumulative increment between 2017 and 2019.

"Though we have not completely reduced the suffering of the people but we have reduced it considerably, and we'll continue to reduce it in our second term, God willing," Dr Bawumia assured.

He noted that the mobile money payment interoperability system had increased financial transactions by 200 million and enhanced financial inclusion among the unbanked populace.

He said the previous government contracted a local firm to roll out the mobile money interoperability system at a cost of $1.2 billion, but the NPP administration implemented the same programme at $4.5 million thus, saving the nation about one billion dollars thereby re-emphasising its value for money credentials.

Dr Bawumia indicated that 76 factories were operational under the government's flagship One-District, One-Factory programme, and 58 more at the various stages of completion.