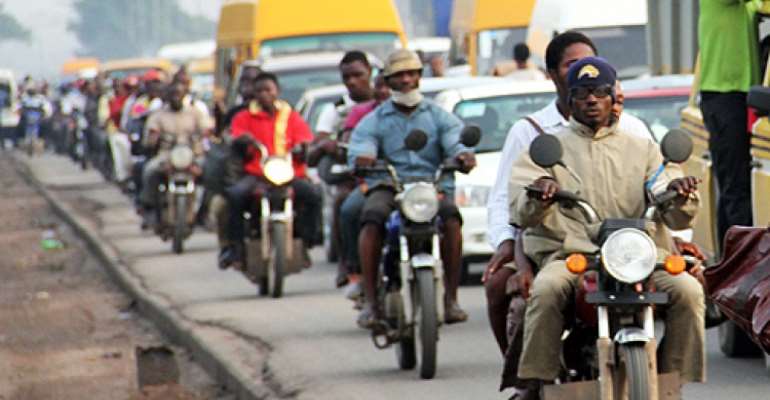 The National President of the Okada Riders Association of Ghana Michael Kofi Owusu says the business has cut down the number of robberies recorded in the country.

According to him, some young people who would have turned to crime as a result of unemployment are now engaged in the business to earn a living.

Speaking to Francis Abban on the Morning Starr Tuesday, Mr Kofi Owusu said they are excited over the promise by former President John Mahama to legalise their operations if he wins the December polls.

“When was the last time we recorded armed robbery in this country? It is because of this job. A lot of the young people are now doing this job for a living We are not waiting on government to provide jobs for us. We have created our employment” he told Francis Abban.

He said the claim of accidents associated with the business will be eliminated if they are licensed.

“Some of us are happy about the promise by Mr Mahama about legalising okada and we’ll vote for him to come back to power so he does it for us. When okada is legalised, we won’t be riding in haste and also be running from the police. When the police arrest you, you either pay GHc50 or GHc100 after being delayed for a long time.

“If it’s only about accidents that’s why they don’t want to legalise okada then I’m sorry because there so many accidents in this country that do not concern okada”.