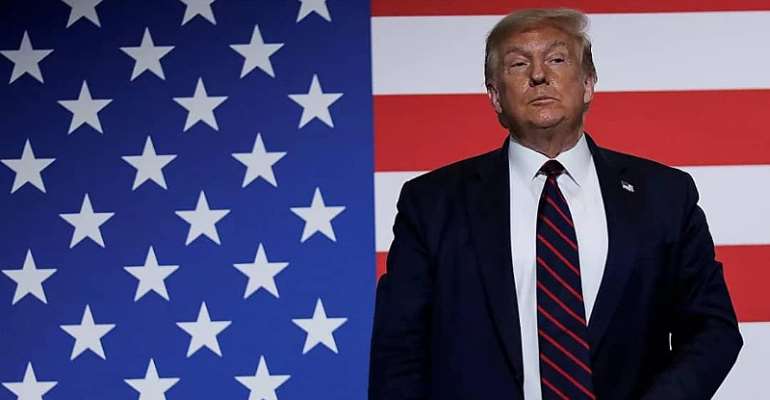 Republicans have formally nominated US President Donald John Trump as their Presidential Candidate in the November 3, 2020 elections.

The voting took place on Monday in North Carolina.

Mr. Trump secured more than the 1,276 delegates needed to win to win the GOP nomination during a roll-call vote on the first day of the Republican National Convention.

He took the stage after his nomination became formal.

He was greeted with chants calling for “Four more years.”

Delegates could be heard chanting “four more years” to which Mr Trump responded “I love this stage, I love this place.”

He pledged to hold God in high esteem and to address the coronavirus crisis in America.

“We will not be taken the word God out of the pledge of allegiance,” he said during the televised Convention monitored by DGN.

“This is the most important election in the history of our country,” according to Trump.

He added that “We have to be very careful and we have to win. Our country is counting on us.”

Delegates held an in-person meeting and roll-call vote in the ballroom of the Charlotte Convention Center on Monday, August 24, 2020.

Chereponi: 12 arrested after vandalising properties over nom...
10 minutes ago