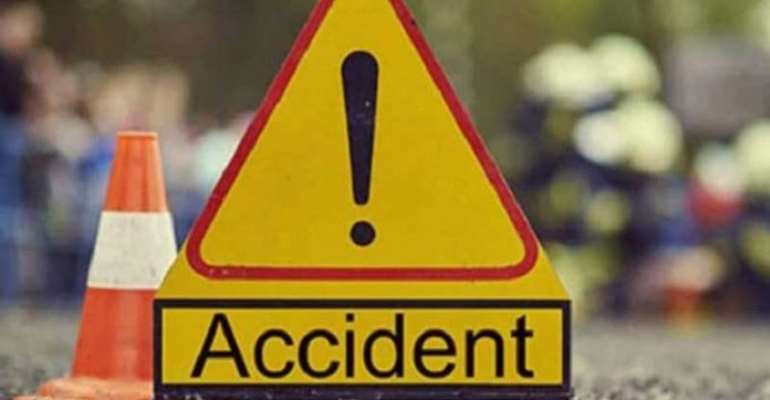 A speeding truck has crushed a 41-year-old man to death, in the early hours of Sunday, August 22.

The accident occurred at Sukrong Bethlehem, a Community near Asamankese in the Eastern Region at about 5:25am.

The body of the deceased Okai Robert has been deposited at the Asamankese Government Hospital Morgue.

The Assembly Member for the area Frank Asa-Ntow said the Kia Trade Truck with registration number AS 790-X knocked down the 41-year-old man close to the rubber plantation farm in the area.

According to him, the victim died on the spot whereas the driver abandoned the vehicle and fled into the bush.

A team of Policemen rushed to the scene and met both vehicle and the deceased at their resultant positions.

The Acting Public Relations Officer of the Eastern Regional Police Command, Sergeant Francis Gomado told Starr News, the victim was confirmed dead when rushed to the hospital by Police adding that the accident vehicle has been impounded whiles efforts are being made to trace the suspect driver.