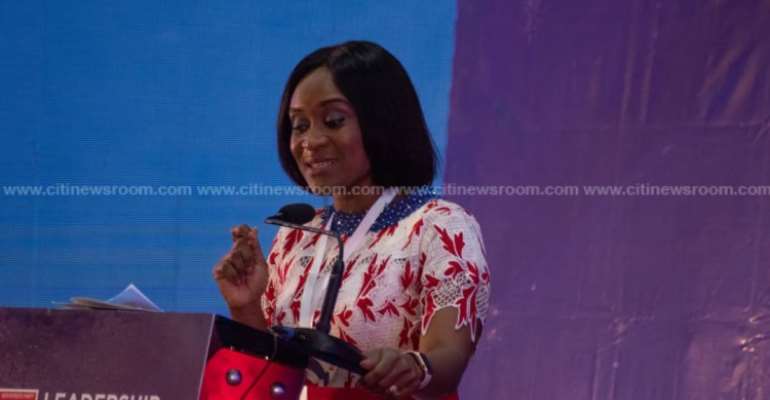 A Deputy Minister of Finance, Abena Osei Asare, has said the Akufo-Addo ladministration has saved the country’s banking sector from sinking into complete mess.

According to the Atiwa East legislator, the administration has saved the investments of 14 million Ghanaians as a result of the banking sector clean-up exercise.

Speaking at the official launch of the NPP manifesto at Cape Coast in the Central Region today, Saturday, August 22, 2020, Abena Asare indicated that the notion by the opposition National Democratic Congress that the governing New Patriotic Party ought to have given money to the insolvent banks to repay its shareholders is not prudent.

“Our banking industry was on the verge of collapse but we have fixed it. We have saved fourteen million Ghanaians from losing their investments, some even with the aid of hindsight have suggested what only they could describe as a common-sense approach that we should have given money to the banks to make their shareholders happy; what the bible describes as putting new wine into old wineskins.

“Well, Mr Mahama, you did exactly that over and over again and what was the result? We were concerned with saving the whole industry rather than pleasing the same people who supervised the near-collapse of the industry. Today the banking sector has remained sound, solvent and resilient despite the adverse impact of the COVID-19 and this is due to the bold move by the government to clean up the sector.”

The Deputy Minister reiterated Ghana's banking industry remains sound, solvent and resilient despite the adverse impact of the coronavirus pandemic.

“We have created an atmosphere that has renewed the confidence of the private sector in the economy and have set this country once again on the right path and the results are being seen all over,” she added.

As part of its efforts to restore confidence in the banking and specialized deposit-taking sectors, the Bank of Ghana (BoG) embarked on a clean-up exercise in August 2017 to resolve insolvent financial institutions whose continued existence posed risks to the interest of depositors.

The move by the central bank was a comprehensive assessment of the savings and loans and finance house sub-sectors carried out by the BoG in the last few years after it identified serious breaches.