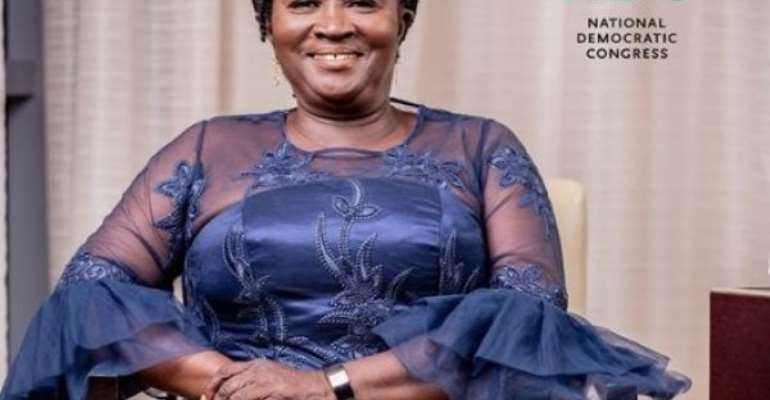 The Vice-Presidential aspirant of the National Democratic Congress (NDC), Professor Jane Naana Opoku-Agyeman has called on Ghanaians to cherish and uphold the prevailing peace.

She said absolute peace and social cohesion remained pre-requisite to facilitate sustainable development, and advised Ghanaians to guard against tendencies that could disturb the peace in the electioneering.

Prof. Opoku-Agyemang was speaking during a courtesy call on the members of the Sunyani Traditional Council to introduce herself as the NDC's running-mate for the forthcoming December 7, Presidential and Parliamentary elections.

Accompanied by Mr Johnson Asiedu-Nketiah, the General Secretary of the NDC and other party officials, Prof Opoku-Agyemang is embarking on a two-day visit to Bono and Bono East, to introduce herself and interact with some traditional authorities in the regions.

The NDC's Vice-Presidential candidate underscored the need for Ghanaians to bury their differences and to live at peace with each other to consolidate the gains and to strengthen the nation's fledgeling democracy.

Prof. Opoku-Agyemang appreciated the many contributions of traditional authorities towards nation-building.

On educational development, she said the next NDC government would strengthen Technical and Vocational Education Training (TVET) to create job opportunities for the unemployed youth.

In that direction, Prof. Opoku-Agyemang said the NDC government would complete abandoned educational projects to create a conducive environment to promote TVET education.

She called for the support of the traditional authorities to enable the NDC to regain political power and facilitate rapid socio-economic growth and development.

Oboaman Bofotia Boa-Amponsem II, the Kurontirehene of Sunyani Traditional Area, who welcomed Prof. Opoku-Agyeman, and her entourage, advised the political parties to conduct clean campaigns in the electioneering.

He said politicians needed to guard against personality attacks and inflammatory statements that could cause misunderstanding, trigger political violence and soil the image of the nation.

Oboaman Boa-Amponsem II advised them to be decorous by ensuring tolerance and decency in their pronouncements for their followers to emulate to facilitate violent-free elections.