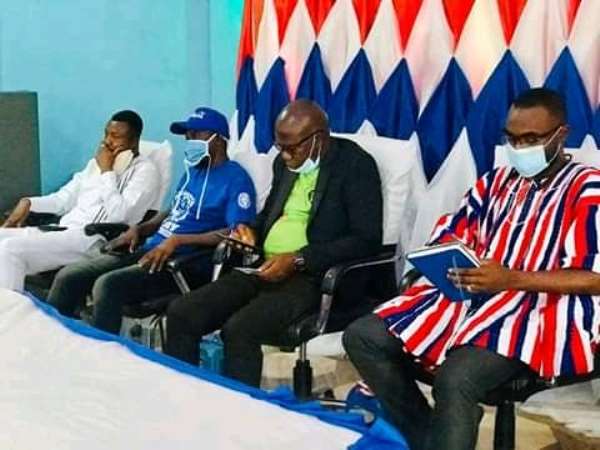 As election 2020 is fast approaching all political parties are willing to do their best to win seats. This has led to the inauguration of the campaign Team of the Bia West of the New Patriotic Party which was held on Wednesday 19th August.

Prior to the inauguration and outdooring of the 32 member team, the President Akufo-Addo paid a visit to the Western region and its surrounding environment to witness the progress of the Axim Sea Defense wall project and also a landing site for fishing boats.

The ceremony brought together sympathizers and supporters of the ruling party.

The elected parliamentary candidate Hon. Bernard Blay admonished members of the party to offer all their support and solidly stand behind the party without relenting whether rain or shine.

The following are the names of the campaign Team members:

The Commander General, Hon. Bernard Blay also gave out two sewing machines to two ladies of the women’s wing of the NPP to help them establish their own business after learning the skill.