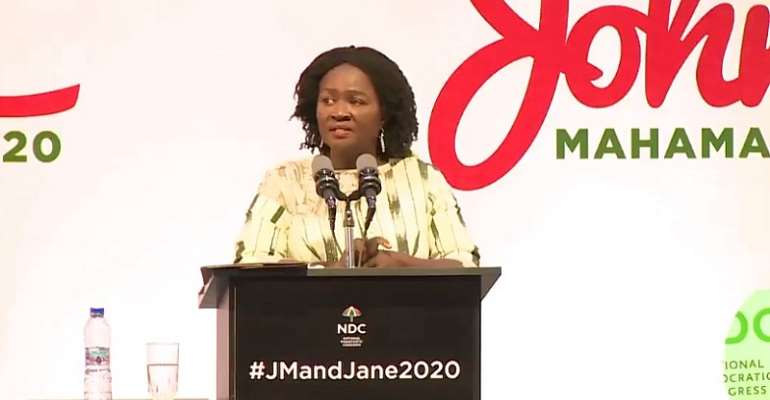 Professor Naana Jane Opoku-Agyemang, Vice Presidential candidate of the opposition National Democratic Congress (NDC) has promised that the next NDC administration will phase out all witch camps, particularly the Gambaga witch camp.

According to the running mate, the presence of witch camps is a dent on the country's image and democratic status, adding that the practice of tagging of people, especially the elderly as witches, and relegating them to camps, would no longer be tolerated.

Professor Opoku-Agyemang made this known in an address to community members and inmates of the Gambaga Witches Camp during a visit to the East Mamprusi District, as part of her campaign tour of the North East region.

She explained that as part of measures towards the closure of the Gambaga camp, which has served as a refuge for ostracised women, the affected communities would be highly sensitized against the practice, while the inmates would be reintegrated into their communities.

Prof. Opoku-Agyemang said a future NDC government would apply the laws stringently to stop the practice in the country.

She described the recent lynching of a 90-year-old woman in Kafaba in the Gonja East District of the Savanna Region, on suspicion of being a witch, as “highly unacceptable”

“We shall tackle this menace decisively.”

Touching on the welfare of inmates, the Vice Presidential candidate noted that an NDC Government would ensure their rehabilitation and integration into their communities before the closure of the camp.

She urged the youth in the area to desist from the practice, and rather protect and promote the welfare of the aged.

Prof. Opoku-Agyemang also cited a number of stalled infrastructural projects in Gambaga, promising that the next NDC administration would complete all of its projects in the area that has been abandoned by the current government.

“All those interested in the all-inclusive development of the country should support the NDC to return to power,” she continued.

“The 2020 election campaign will be based on the record, and not insults. We have done it before, and we will do it again.”