4 Killed In Bloody Accident At Akumadan 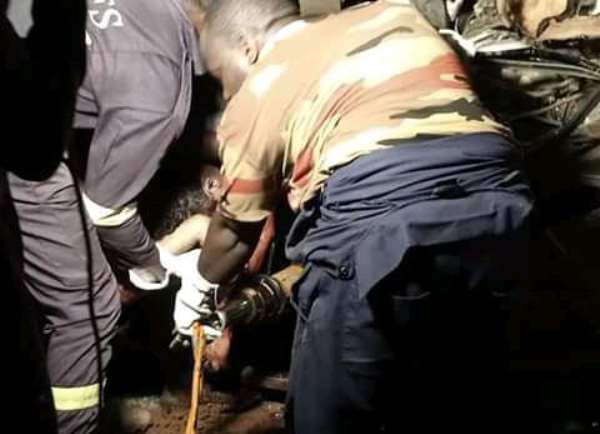 FOUR lives were lost while several others suffered life-threatening injuries when a Mitsubishi Pajero vehicle crashed head-on with an oncoming Ssangyong bus on Sunday evening at Akumadan in the Ashanti Region.

The vehicle was from Gyerapa to Kumasi when it collided with the bus on the Kumasi-Techiman highway, and the impact of the crash suddenly triggered fire in the bus.

The dead persons, including a Spaniard and three Ghanaians, have been deposited at a mortuary.

A police report sighted by DAILY GUIDE disclosed that one person in the bus was instantly burnt into ashes.

The injured people were then rushed to hospital but, unfortunately, two of them, including the Spaniard, also died later on.

Meanwhile, the police report mentioned names of two of the deceased persons as Kofi Boadu, 22, and Rubin.

Even though the fatal accident was still under investigation, the police did not rule out excessive speed as the cause of the crash.