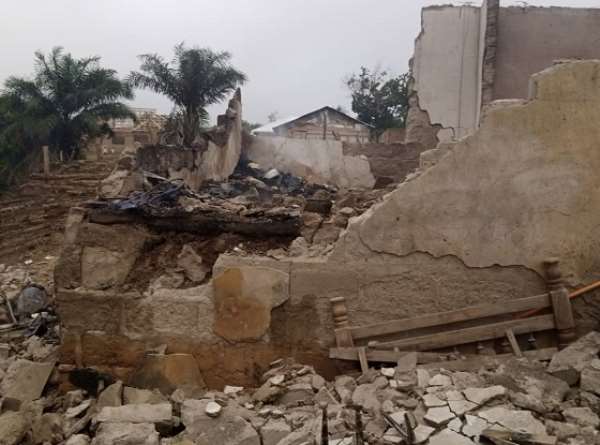 A 3-year-old girl was trapped and burnt to death by fire on Monday dawn.

The incident occurred when the girl was asleep at Nkenkenso in the Offinso North District.

Emerging reports indicated that the fire suddenly swept through a five-bedroom house in the community.

The young girl, who was then fast asleep with her parents in their room, could not escape as she was trapped.

The parents of the girl, however, managed to flee from the room but, unfortunately, they could not save the girl, and the blaze ravaged the entire five-bedroom house and all the items in it.

The body has since been deposited at the Nkenkenso Government Hospital morgue, awaiting autopsy.

He said the fire started in the house around 1:00 a.m. when the inhabitants were already fast asleep.

When the alarm was blown, inhabitants of the house started to run from the building, but the little girl was left behind.

Mr. Mammoah said NADMO and Ghana National Fire Service were called to the scene and they managed to quench the fire, but it was too late to save the life of the girl, adding that the cause of the fire was being investigated.