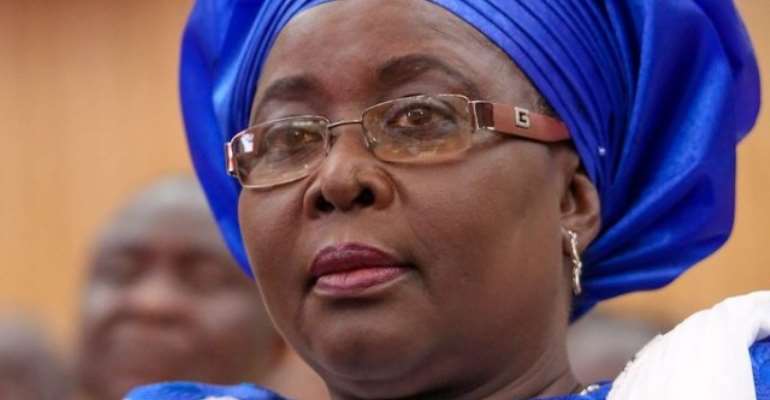 The group claims she has failed to fulfil the NPP’s manifesto promise on local governance.

This comes on the heels of a campaign promise made by former President John Mahama to pay allowances to assembly members when given the nod to lead Ghana as president again in the December polls.

According to the Chamber, the governing New Patriotic Party (NPP) has failed to prioritise activities at the local government level, adding that, so far, President Akufo-Addo has done nothing in that regard.

The NPP, in its 2016 manifesto, stated that the party will improve allowances paid to assembly members.

However, the President of ChaLoG, Dr Richard Fiadomor, noted that President Akufo-Addo has failed to implement this manifesto promise due to the sector Minister’s incompetence.

Speaking to Valentina Ofori-Afriyie on Class91.3FM’s 505 news programme on Monday, 17 August 2020, Dr Fiadomor indicated that Mr John Mahama expressed more commitment to the growth of local governance in the country during his term of office, compared to President Akufo-Addo.

“If you're in the ruling government, it is expected that, as a policy advisor to the minister, you should have told the Minister how we can go about it for it to be done. They are not committed to the growth of local governance in this country.

“It is just that it was not the same across the board.

“Now, from what he is saying, it is going to be across the board, so, we are tempted to believe him more than Nana Addo, who has promised; three years down the line, he is still in government and nothing is being done,” he said.

He explained that paying allowances to assembly members is constitutional and should be treated as such.

“It is something that is constitutional and doesn't lie in the mouth of a politician to now want to make it right.

“Today, we are talking about free SHS because it is a constitutional issue.

“The payment of assembly members, itself, is a constitutional issue, so, we just want to see someone who is committed to it,” he added.