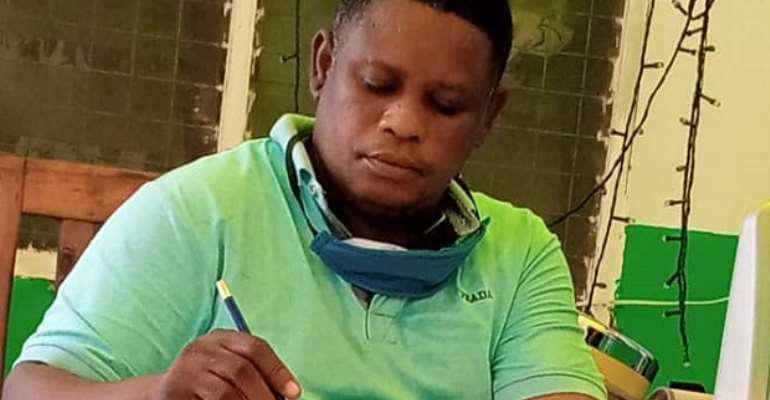 One of the suspected fake

An operation by the Medical and Dental Council has led to the arrest of two persons the council suspects are fake doctors.

The arrested persons have been identified by the council as Abdulai Abubakar Sadik and Richard Dzomeku.

The Acting Registrar of the Medical and Dental Council, Dr. Divine N. Banyubala, who confirmed the arrest to DAILY GUIDE, said both men were arrested separately at the Tamale Technical University Hospital, in the Northern Region and the Good Morning Clinic located at Adentan New Site.

Narrating how suspects were arrested, Dr Banyubala said the operation was a routine quality assurance monitoring exercise aimed at ascertaining, among others, the registration status of practitioners and their standard of practice in various institutions across the country.

He said on Monday, July 27, 2020, the team was in the Northern Region and visited various health facilities including the Tamale Technical University Hospital.

“During investigations at the Tamale Technical University Hospital, it was noted that one Abdulai Abubakar Sadik, the Clinical Care Coordinator of the facility, was an unregistered physician assistant,” he said.

The acting registrar revealed that when the suspect was questioned, he claimed that he graduated in July 2015 with a BSc. Certificate in Physician Assistantship from the Central University College in Accra and was employed and practicing at the Tamale Technical University Hospital as a physician assistant.

According to Dr. Banyubala, his appointment and practice was contrary to law.

He said the suspect was subsequently arrested with the assistance of the Northern Regional Police Command and had since been granted police enquiry bail.

He said on Friday, August 7, 2020 the team arrested suspect, Dzomeku, who claimed to be a physician assistant also working at Good Morning Clinic, Adenta New site.

The suspect, Dzomeku, according to Dr Banyubala, was found in one of the rooms consulting while two female patients were also on admission at the female ward.

“In accordance with the council’s commitment to ensure care continuum and the safety of the patients, the council oversaw the evacuation of both patients to Madina Polyclinic where they were assessed by a medical doctor and managed accordingly, but the suspect was in police custody,” he said.