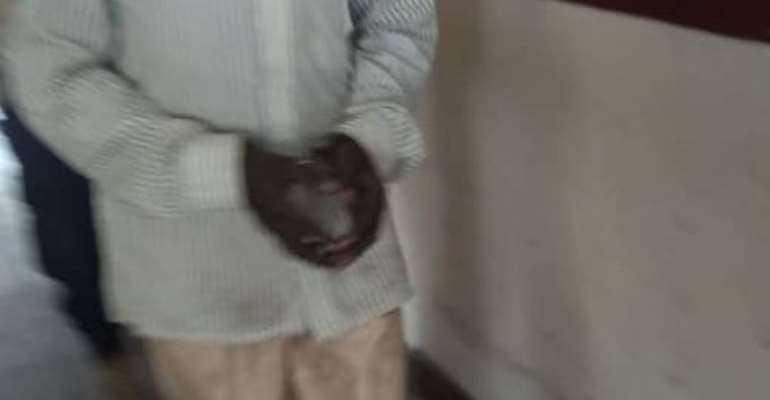 A 51-year-old Waste Collector who inserted his finger into the private part of a six-year-old girl has been sentenced to three years imprisonment in hard labour by an Accra Circuit Court.

He told the court presided over by Mrs. Christina Cann, to deal leniently with him and that it was the first time he had committed such an offence.

According to Okine, his wife has passed on and he has no one to support him.

The trial judge before passing sentence on Okine, said the court has considered his plea, the fact that he was advanced in age and has also shown remorse over his conduct.

However, the court stated that in order to preserve the sanctity of girls, it would still go ahead and hand down a stiffer punishment to serve as deterrent to others.

Prosecuting, Detective Sergeant Opoku Aniagyei said the complainant is a trader and mother of the victim and that the complainant lives at Chorkor while the accused also resides in the same vicinity.

Sergeant Aniagyei said in the afternoon of August 10, Okine spotted the victim who was on her way to buy toffees in the area.

Prosecution said Okine took advantage of the situation and lured the victim to a spot close to a bath house and inserted his finger into the victim's vagina and afterwards gave the victim GH¢1.00.

The prosecution said Okine told the victim not to inform anyone.

Prosecution said the complainant reported the matter to the Police at Mamprobi, in Accra, where she was given a Police medical report form to seek medical examination for the victim.

He said on the afternoon of August 11, this year, Prosecution said the victim spotted Okine in the area and pointed him out leading to his arrest and later escorted to the Mamprobi Police where he was detained.

The prosecution said, “Accused admitted the offence in his cautioned statement”.