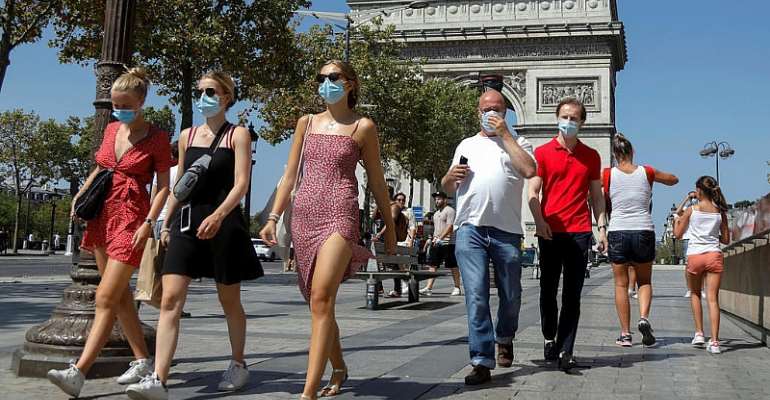 Authorities in Paris have extended outdoor compulsory mask-wearing zones to new areas as fresh Covid-19 infections across France topped 2,800 in the latest 24-hour period – levels not seen since lockdown.

The spread of coronavirus has been on an upward trajectory in France over the past two weeks, peaking on at 2,846 new cases reported on Friday.

“The indicators are bad,” said Jérôme Salomon, head of France's national health agency. “The signals are worrying and the situation is getting worse.”

The French capital, along with the second city of Marseille, was declared a "red zone" on Friday as the number of new Covid-19 cases topped 50 per 100,000 people

On Saturday, the Paris police prefecture announced another swath of streets where pedestrians will face fines of up to 135 euros for failure to wear a mask.

Police said they will be increasing patrols and checks on travellers on the metro, buses and trams.

Masks have been compulsory on all forms of public transport across France since May when the government started to ease its nationwide lockdown.

Masks 'even at family gatherings'

The HCSP's declaration emerged after studies revealed that infections were more likely to arise in closed public spaces such as restaurants, buses, boat cruises and choir rehearsals.

On Saturday, Professor Bruno Mégarbane, the head of the intensive care unit at Lariboisière hospital in Paris, echoed the HCSP's call.

“Masks should be worn even during family gatherings,” he told French broadcaster BFM.

On Saturday morning, the British government's new 14-day quarantine on travellers arriving from France came into effect following the rise in infections.