My Thoughts On Why And How China Became A Superpower Country 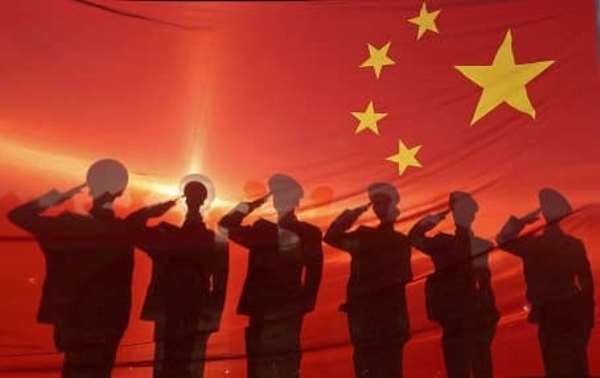 China, once the least respected country, now becomes the world's most powerful country

Superpower, is a word associated with politics and science, I used to hear a lot, especially about America, when I was a student and the thorough explanation of what a superpower country is, increased my likeness to America because if you are not a great country, you can never be a superpower.

China is now a Superpower country. This is a status that can't be achieved overnight or in a decade. So how did China, a country that about six decades ago, many developed countries hardly respect, suddenly becomes such a great country ready to conquer the whole world?

By the way, what is a superpower? A superpower is a very powerful state with enormous political, economic, military and cultural potential, possessing a superiority over most other states, which allows it to exercise hegemony, not only in its region but also in the most remote parts of the planet.

However, it seems some of the weaker countries realized that the US government or America, actually preaches virtue and practices vice. They don't do what they say, they rather took the opportunity of being a superpower to oppress weaker nations.

That sent a wake-up call to sensible nations, including China and North Korea, to pursue a rigorous ambition to be superpower themselves. Today, North Korea and China can be classified as the two most dangerous countries in the world, after the United States of America.

We need to find out how China, a country many developed countries don't have respect for suddenly becoming one of the most fearful countries in the world?

This is a story, in my opinion, the Chinese were finding out and studying what was actually breaking down the pressing-iron, until they gained the perfection of creating a perfect pressing-iron today.

Thus, in the entire period, while the advanced countries were underestimating China, the Chinese government was creating perfection from their mistakes.

Emmanuel John Hevi's experience in his book relating to the pressing-iron, which broke down many times and China repaired many times can be a lead story in world scientific journals of how China became perfect in the electronics industry today.

Mao Zedong's perception
There is another story that I can bring out that I think inspired China to pursue higher dreams. Between 1960 and 1964, Chinese leader Mao Zedong became much worried and during a conversation with a delegation of the Japanese Socialist Party, in relation to his theory, he spoke about how the US government had joined hands with Russia to dominate the world.

He called both countries superpowers that possess such military and economic power than all other countries of the world, taken together and displaying aggressive aspirations unprecedented in world history.

Underestimation is like a virus that spreads from advanced countries towards developing countries, then after a period of time, comes back to the countries of origin to haunt them. The United States government from time to time has to underestimate China, but they have learned a very bitter lesson from the coronavirus.

There was a time Donald Trump referred Africa to a 'Shit-hole nation,' yet, it was the same government that killed Qhadafi of Libya because he was too strong and wants to change the face of Africa. It was the same US government that planned a coup together with Ghanaian soldiers to overthrow Kwame Nkrumah of Ghana.

"How long shall they kill our prophets, while we sit aside and look?" Asked Bob Marley in his 'Redemption Song."

If this article means something significant to African leaders, then they should do away with corruption and lift the face of Africa and the downtrodden masses from the dust, after all, the creator has already provided you with all the rich mineral resources.