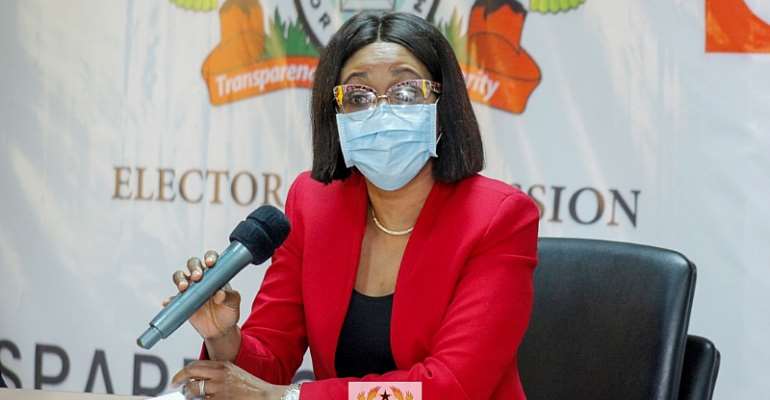 The Alliance for Social Equity and Public Accountability, ASEPA says it will officially write back to the Presidency to request for the official report of the Chief Justice on the petition for the removal of Electoral Commission Chairperson, Jean Mensa.

In June 2020, ASEPA secured an impeachment declaration from the Commission on Human Rights and Administrative Justice (CHRAJ) that the EC Chair, since assuming office had not filed her asset declaration forms in accordance with the law and must be removed as the Returning Officer of presidential elections in Ghana

But a statement from the Office of the President rejected ASEPA's claims and absolved the EC Boss of any criminal act.

“In any event, CHRAJ did not make any adverse findings against the Chairperson as the investigation was terminated and the complaint dismissed after the Chairperson declared her assets on 17th February 2020.”

The statement also added that the Chief Justice did not find any “statute that criminalises the non-declaration of assets within the stipulated time in the Constitution”.

“Accordingly, I am directed by the President to inform you that your petition has been dismissed”, the statement signed by Nana Bediatuo Asante, Secretary to the President noted.

But the Executive Director of ASEPA Mensa Thompson, in a Citi News interview, said the president did not follow due process in responding to their petition hence the need to demand the official documents.

“We have not received any official response from the Presidency. What we’ve seen is a statement to a comment I made but we have not received any official response from the President. The Chief Justice in correspondence to us said he has submitted his report to the Presidency on July 15, 2020. Today is August 14, 2020, so well after a month after the Chief Justice submitted his report, the Presidency has failed to communicate to us the petitioners and also to the general public as swift as it did with the Charlotte Osei case. With regards to Charlotte Osei’s removal from office, we saw swiftly how the matter was handled and even after that, the Presidency issued an official statement.”

“We are going to write to the Presidency to request an official copy of the report by the Chief Justice and then review with our lawyers and decide on what step we are going to take on this particular matter.”