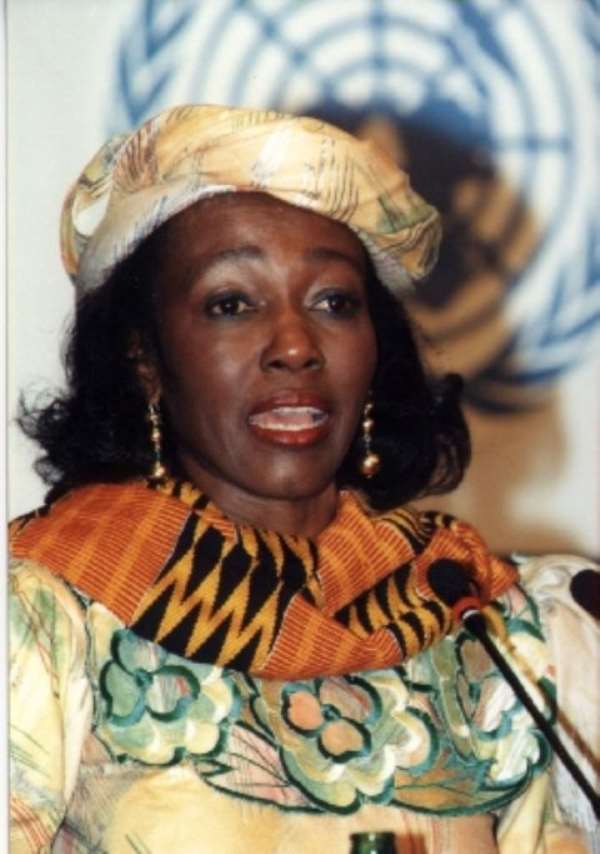 There are hints that the former First Lady, Nana Konadu Agyemang Rawlings, is to sue the General Secretary of the New Patriotic Party (NPP) for making defamatory comments about her.

Mrs Rawlings' threat to drag Mr Nana Ohene Ntow to court comes hours after the NPP strong man made statements that sought to link the former first lady to an alleged cocaine peddling.

Mr Smith said the former first lady would prefer to have the matter heard in court than descend into the gutter with the NPP General Secretary.
Audio File Available

Parliament urged to investigate roles played by SEC/EOCO in ...
59 minutes ago