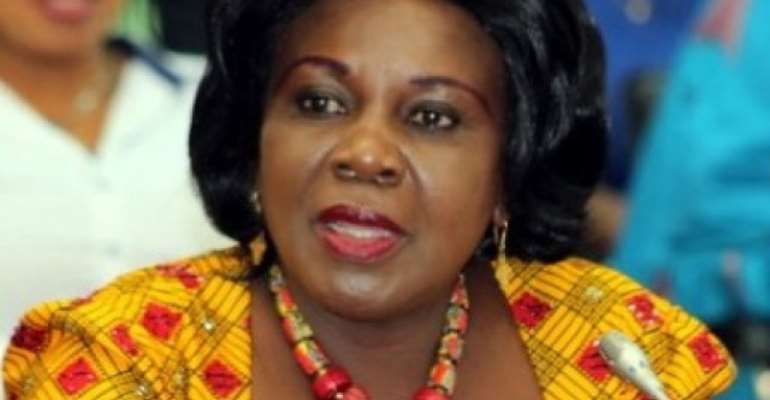 The Director of Sanitation at the Ministry of Sanitation and Water Resources, Mr Tony Mensah has clarified that his boss’ recent comments that the government was 85 per cent on its way to making Accra the cleanest city in Africa, had no scientific basis.

Mr Mensah said Mrs Cecilia Dapaah’s comment was based on a now-and-then comparative observation of the sanitation situation.

President Nana Akufo-Addo promised in 2017 to make the country’s national capital the cleanest in Africa.

In Mrs Dapaah’s view, the government achieved 100 per cent of that objective during the three-week lockdown of Accra and Kumasi, necessitated by the COIVD-19 pandemic in April this year.

Following the lifting of the lockdown and other restrictions, Mrs Dapaah said the sanitation situation has fallen by only 15 per cent, in her view, thus, the 85 per cent score of the government’s efforts so far.

Speaking to the media as part of a sanitation tour and cleanup exercise in parts of Maamobi in Accra on Tuesday, 11 August 2020, she said: “I will give it 85 per cent because at the end of the day, you saw the 100 per cent we did during the lockdown”.

“So who makes Accra dirty? That is why every day, we are sensitising people. I insist we are 85 per cent”, she noted.

Speaking to Kwabena Prah Jr on Accra100.5FM’s morning show Ghana Yensom on Wednesday, 12 August, the Sanitation Director at the Ministry cited an example to buttress his boss’ claim, pointing out that from the Octagon arena at the Central Business District of the Accra Metropolitan Assembly all the way to the Airport Residential Area, is now cleaner than before.

Mr Mensah said: “It’s a process, not an event”.

According to him, the ministry is making efforts to build additional properly engineered landfill sites to take pressure from the almost exhausted Kpone facility.

Mr Mensah said there are now two stopgap dumpsites in addition to the recycling plant of private waste company Zoomlion which are helping the situation in the interim.

In his view, only 45 per cent progress has been made so far.

Dr Asadu, whose company does door-to-door waste collection from Ablekuma North, Ga West and Ga East said the lack of landfill sites is a major problem for them.

“Our challenge is the choked landfill site. We sometimes have to go all the way to Winneba to dump waste”, he said, explaining that, the problem is the cause of garbage pile-up in parts of the country sometimes.

He said they have contracts with the various Assemblies and expect them to have their own landfill sites but they do not. “The whole of the Greater Accra region uses one landfill site”.

“There’s a lot of pressure on that landfill site”.

“If I have to rate the Sanitation Ministry on that factor alone, I would give them zero or 0.1 per cent”, he said, adding that until there are adequate landfill sites, anybody who says Accra’s sanitation situation has improved by 85 per cent is not speaking the truth.

He expressed frustration about the situation where waste management trucks have to queue in order to use the only choked landfill site in the city.

Similarly, local government analyst Nii Amon Kotei, told Prah Jr on the dame programme that “it is a shame” for the minister to base her judgement on the lockdown period, since there were no human activities during that time.

In Amon Kotei’s view, the minister must use the normal situation where human activities abound, to rate the progress made so far.

He also demanded to know what major policy interventions had been instituted by the minister since taking office to deal with the sanitation problem.

Adding his voice to the landfill site problem, Mr Amon Kotei if the ministry knows what it is about, it would have provided a properly engineered landfill site in the city by now.

“What parameters did she use to rate the progress made”, he asked, adding: “The minister didn’t even look serious when she said it. She was even embarrassed saying it because she wasn’t serious”.

Meanwhile, the Chairman of the Committee on Environment, Science and Technology, Yaw Frimpong Addo, told Prah Jr that even though he personally would not give such high score, he cannot also challenge the minister’s rating since he is not aware of the factors and bases she used in drawing her conclusion.

He said, perhaps, it was a comparative observation of the situation that led to that conclusion.