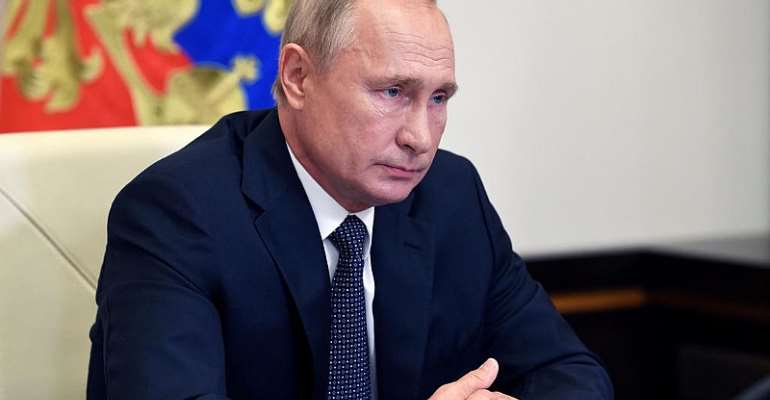 President Vladimir Putin said on Tuesday that Russia had become the first country to approve a vaccine offering "sustainable immunity" against the coronavirus and that one of his daughters has been inoculated. Moscow has dubbed the vaccine "Sputnik V" after the Soviet orbital satellite.

"This morning, for the first time in the world, a vaccine against the new coronavirus was registered" in Russia, Putin said during a televised video conference call with government ministers.

"I know that it is quite effective, that it gives sustainable immunity," the Russian leader added.

He said one of his daughters had been inoculated with the vaccine, developed by the Gamaleya research institute in coordination with the Russian defence ministry.

"What counts most is for us to be able to ensure the unconditional safety of the use of this vaccine and its efficiency in the future. I hope that this will be accomplished," Putin said.

Moscow has dubbed the new coronavirus vaccine "Sputnik V" after the Soviet satellite, the head of the country's sovereign wealth fund said on Tuesday.

Kirill Dmitriev, the head of the Russian Direct Investment Fund which finances the vaccine project, said Phase 3 trials, the final stage of testing, would start on Wednesday, industrial production was expected from September and that 20 countries had pre-ordered more than a billion doses.

Concern and scepticism among scientists

The announcement came after scientists in the West raised concerns about the speed of development of Russian vaccines, suggesting that researchers might be cutting corners after coming under pressure from authorities to deliver.

Russia has been pushing hard to develop a coronavirus vaccine and said earlier this month it hoped to launch mass production within weeks and turn out "several million" doses per month by next year.

The World Health Organisation last week urged Russia to follow established guidelines and go "through all the stages" necessary to develop a safe vaccine.

Moscow has dismissed allegations from Britain, the United States and Canada that a hacking group linked to Russian intelligence services tried to steal information about a coronavirus vaccine from labs in the West.

With more than 897,000 confirmed infections, Russia's coronavirus caseload is currently fourth in the world after the United States, Brazil and India.