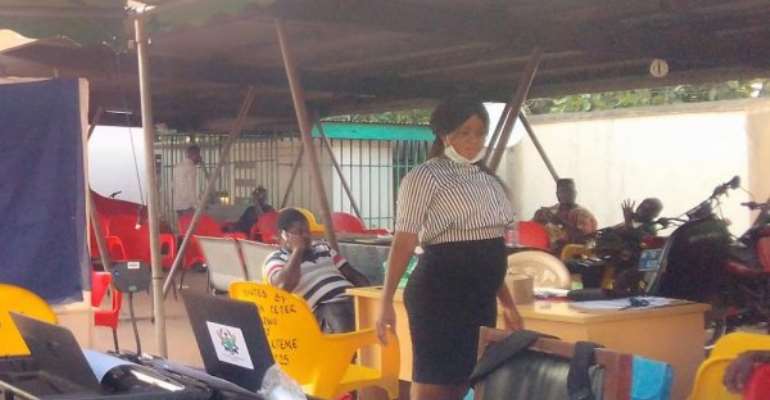 They said the compilation of a new voter's register in the Municipality was successful and asked the EC to replicate that during the elections.

Mr. Gordon Awuku, the NDC party Agent in an interview with the Ghana News Agency (GNA) disclosed that there was the need for EC, political parties and voters to ensure a level of maturity and cooperation in resolving issues.

He said although the just ended voter registration had not recorded any major incident, there must be an agreed way of settling electoral issues in the future without causing harm or panic.

Mr. Awuku said the mop-up voter registration exercise could have been held at registration centres rather than the District offices of the Commission.

"I believe some people who could not register at their designated centres will still be left out though there was a mop-up because there is a cost involved in coming to the EC office to register," he added.

He said the EC must be "up and doing" to be able to conduct the elections devoid of any electoral issues.

Mr. Amenkuta also commended the EC and Registration Officers for cordially and engaging party Agents throughout the exercise and gave the assurance that they would continue to work with the Commission to maintain peace in the Constituency.

Mr Gregory Doamekpor, Registration Officer at the EC centre for the mop-up told the GNA that a total of 63 registrants were issued with the new cards on the first day of the registration exercise.

A total of 67 eligible voters were registered on the final day to end the exercise, when the GNA visited the Centre at the end of the exercise.