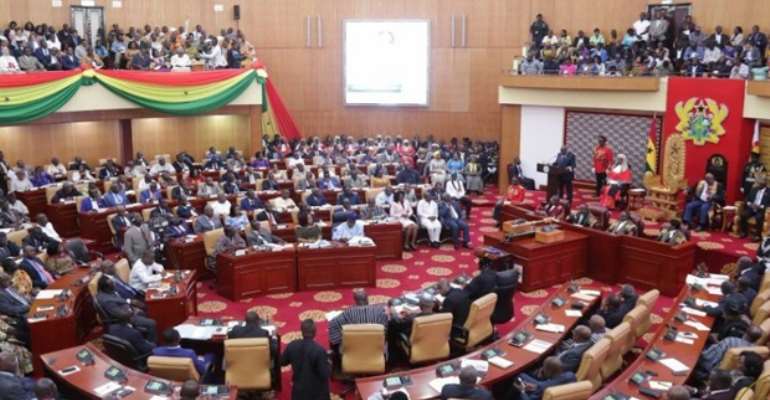 Parliament approved on Friday a raft of tax concessions amounting to Cedi equivalent of €9,001,396.00 for the UK firm, Contracta Construction Limited, to import project materials and equipment for the execution of the development of the Kumasi Airport Phase Three project.

The request for waiver of Import Duties, Import VAT, NHIL, GETFund Levy, EXIM Levy and Special Import Levy was presented to the House on Monday, July 27, 2020 by the Deputy Minister of Finance, Kwaku Agyeman Kwarteng, on behalf of the Minister of Finance.

Parliament at its 45th sitting of the first meeting held on Thursday, April 11, 2019, approved by resolution a facility agreement between Ghana and the Deutsche Bank, London branch and its affiliates with export credit support from United Kingdom Export Finance in the amount of up to 46,242,774.57 for the development of the Kumasi International Airport Phase 3.

It also approved a tied commercial facility agreement between the nation and the same bank and its affiliates in the amount of up to €18,900,000.00, as well as a commercial contract between Ghana and Contracta Construction UK Limited in the sum of €58,900,000.00 for the development of the Kumasi International Airport Phase 3.

The Chairman of the Finance Committee, Dr. Mark Assibey Deborah, during a presentation to the House for approval, said both phases 2 and 3 of the Kumasi Airport project were being undertaken simultaneously and presently at a combined 52.13 per cent completion rate.

According to him, the committee was informed that the development objective of the project was to complement the multi-modal transport system to position Kumasi, which is the largest commercial centre in the central belt of Ghana, to support the development of the proposed inland port at Boankra, near Kumasi, and for facilitating the movement of goods and people to the middle and northern belts of the country and the sub-region, particularly the Sahelian countries.

Dr. Yeboah indicated that the committee noted that Clause 7 of the EPC/Turnkey Contract Agreement placed the obligation for the payment of taxes, duties and levies on items to be procured under the project on the Government of Ghana.

There is therefore the need to waive the relevant taxes and duties to ensure that the project proceeds to completion without any hindrances.

The committee observed that under the Phase 3 of the project, a new Air Control Tower would be constructed. Additionally, an aerodrome 4D, an important component of the project, would be provided to ensure that the Kumasi Airport properly met the classification of an international airport.

He narrated that the committee observed that the Kumasi International Airport master plan had been translated into an overall vision and a strategy for short to medium-term development.

The airport is to be developed to have a well-balanced mix of appropriate airside and landside facilities, and is expected to catalyze industrialization and rapid socioeconomic development of Kumasi and the middle belt of the country in general.