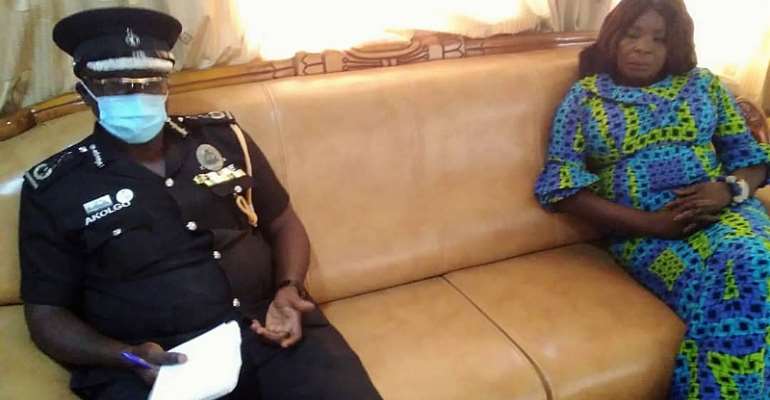 COP Akolga, who commended the Upper East Regional Police Command for the reduction in crime rate in the region, attributed the success chalked to government's motivation of police personnel and the provision of logistics.

Speaking to the media in Bolgatanga, on a five-day working visit to the region, COP Akolgo, said, the police administration was embarking on an end-to-end assessment of police performance and also to ascertain their challenges for redress.

“So far, the crime situation in the region has been improving for some time now. There has been a lot of improvement in the crime front. The Regional Commander and his men are doing very well. I have been to operational area Bawku and there is calm, the men are motivated and the government is doing its bits in terms of logistics for us to be able to police. We are always asking for more, but what is on the ground too is supporting, is well enough and we are managing within the resources available to us”.

“The Upper East Region generally is peaceful, the crime situation has been reduced so, the good news I'm sending to the Inspector General of Police is that Crime is on the decline in the region. We get worried when crime rate is on the ascendency, but when we are working hard to reducing crime rate, then, is happiness for all of us”.

As part of his five-day working visit, COP Akologo, assessed the state of infrastructure of the service, in terms of completed projects, ongoing projects and projects that are yet to commence.

Upper East Regional Minister, Tangoba Abayege, commanded the police over the decline in crime rate and urged them to work harder at improving the current trend.

She lauded the government for equipping the police in the region with logistics to carry out their duties without any hindrance.

COP Akolgo is also a member of the Police Management and Advisory Board (POMAB) responsible for Upper East.

This is what Akufo-Addo and US Vice President Kamala Harris ...
34 minutes ago