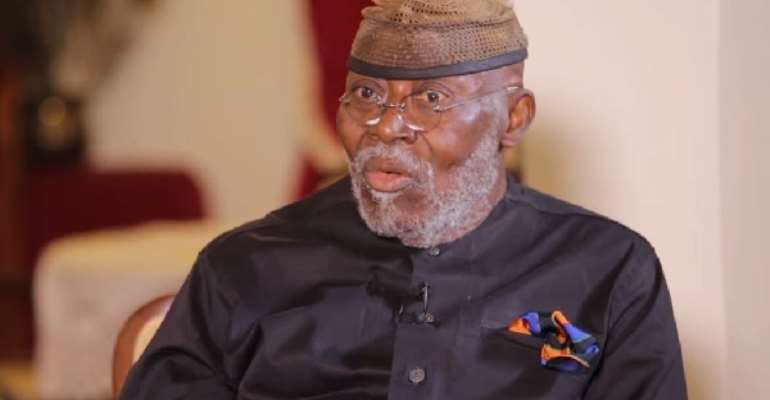 A founding father of the governing New Patriotic Party (NPP), Dr Nyaho Nyaho-Tamakloe, says he is surprised at the stoning silence of former Presidents Jerry John Rawlings and John Agyekum Kufuor on the voter registration troubles that have been widely reported in the media.

Dr Nyaho-Tamakloe told Class News on Wednesday, 5 August 2020 that he expects to hear the voices of the two former leaders concerning complaints by some ethnic groups that they were being sidelined in the voter registration exercise as well as the use of the military in implementing that exclusion as alleged by the National Democratic Congress (NDC).

“What is equally disturbing to me is that former heads of state like President JA Kufuor, like President Rawlings, none of them has come out to condemn what is happening. And this, to me, is very disturbing”, he said.

“These are leaders we feel, when there are complaints of this nature by the citizenry, will come out and condemn what is happening because what is happening are facts, they not just fiction and I believe a word or two from them probably might correct the situation”, he noted.

Dr Nyaho-Nyaho Tamakloe warned that the “country has a problem and if we try to cover the problem, at a certain stage, it will blow”.

“That is what happened in many African countries and when it blows, it affects everyone. That is what my worry is all about”, he said.

“Why the silence?” he wondered.

“We have churches in this country, we have religious bodies all across the nation and a lot of other groupings but so far, only a few civil society organisations have come out to condemn what is happening and leaders like JA Kufuor are there; he’s not saying anything.

“Rawlings, in particular, Jerry John Rawlings surprises me. There have been a lot of infractions that he’s never commented on. Why? And I believe if they fail to comment on this thing, when it blows in our faces, they will be the first to be criticised”.