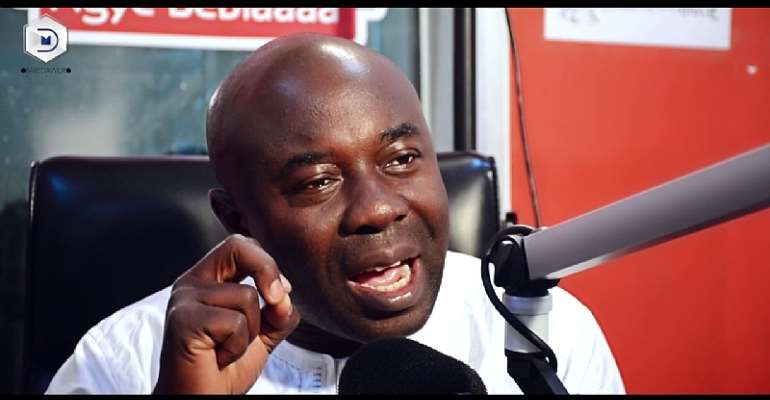 Former Deputy Minister of Local Government and Rural Development, Mr Emmanuel Kwadwo Agyekum has condemned what he described as the obnoxious intimidation and assault meted out to some NDC members at the various Registration centers in the Nkoranza South Constituency.

Mr Agyekum who is contesting the Nkoranza South Parliamentary seat on the ticket of the NDC noted that, the intimidation is a calculated attempt to deter people in the NDC strongholds from registering to exercise their franchise come December 7th, blaming the MP for the area, Charles Konadu Yiadom.

“Since the start of the registration exercise these sponsored thugs have been moving around assaulting and intimidating people on the suspicion of not being Ghanaians. Meanwhile, the MP sat in Parliament to pass CI 126 which allows anyone to fill a challenge form if he or she suspects any person's eligibility to register,”.

Mr Agyekum recounted an instance where the Nkoranza South Police Commander was physically assaulted after he tried to stop a violent banter at Ahyiayem.

“This led to the closer of the registration process for all the three polling stations at Ahyiayem and it has since deter people from coming to the Registration centers because they fear the MP might come with his thugs to cause mayhem”.

He also blamed the MP for similar violence that erupted at Nkwabeng and Donkro Nkwanta which the NDC Constituency Youth Organizer and other persons were physically assaulted by his thugs.

He urged the MP to preach the good things he has done for the people of Nkoranza South Constituency rather than unleashing violence on innocent citizens to win political power.

‘Sputnik-V procurement contract must be re-examined’ – Kwaku...
36 minutes ago

Getting Sputnik-V vaccines from black market using middlemen...
36 minutes ago