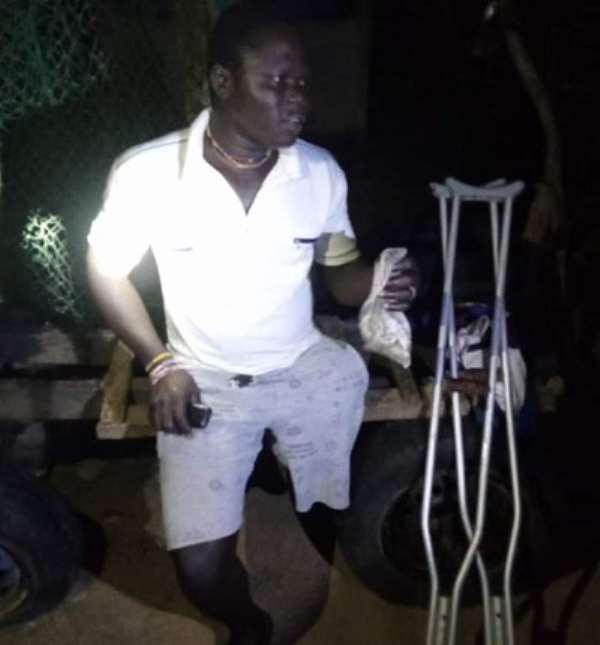 A 33-year old disabled man is in the cells of the Sege District Police for possessing 107 wrapped substance suspected to be Indian hemp aka 'wee'.

The suspect, Jerry Sheriff, a motorbike mechanic was arrested in a targeted swoop conducted by the police.

Deputy Superintendent of Police George Aboagye, Commander of the Sege District Police explained that the swoop was to create crime free environment for people to go about their activities without fear.

Giving details on the arrest of the disabled man, the commander mentioned that on Monday, July 26, 2020 his outfit acting upon a tip off that the suspect was dealing in narcotic drugs hence his ambushed and arrest.

“We had information that he has been dealing in narcotic drugs so police organize themselves led by myself and we arrested him in a hideout,” he said.

He noted that the exhibit has been sent to the police forensic lab to ascertain the nature of herbs in the custody of the police.

The commander noted that the suspect would be arraign when investigation is completed.