Wearing Of Nose Masks Is Not A Punishment—NCCE 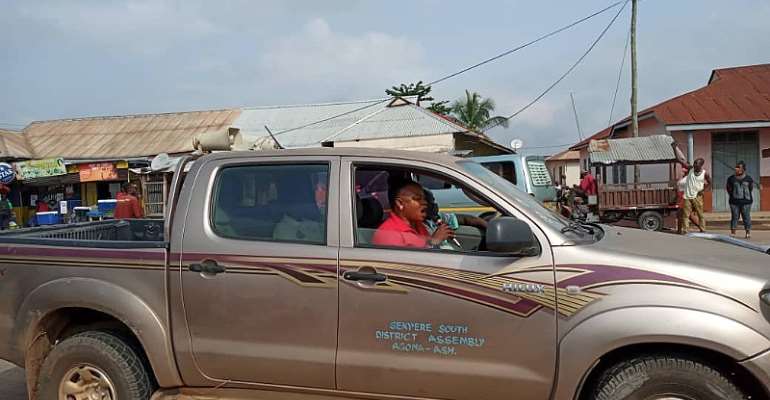 The National Commission for Civic Education (NCCE), has called on the public to embrace the wearing of nose masks and not to perceive it as punishment.

Mr. Evans Kojo Nunoo, the Sekyere South District Officer of the NCCE speaking at one of the district’s sensitization exercise at Agona, the district capital, said the wearing of nose masks had been a major challenge in the country since most of the citizens felt they were being compelled and complied according to government’s preventive directives on the covid-19 pandemic.

He said the public especially those in the rural and remote communities needed to understand that “the wearing of nose masks was not a punishment but rather a preventive measure for their own wellbeing in these critical moments of the coronavirus disease”.

The NCCE Director said there were times people without nose masks and those that had them without wearing felt it was too compelling and punishing to wear the nose masks.

The exercise which is a “district community-broadcast” initiative by the NCEE is being run in all the communities in the district by the NCCE.

This was part of the community-broadcast programme of the NCCE nationwide against the spread of the coronavirus disease.

“We conducted a public survey recently in the district and realized the majority of our respondents felt it was much of a punishment to wearing the nose masks”, Mr. Nunoo noted.

“People feel being punished because of the reason of not wearing the nose masks under the “Imposition of the Restriction Act, such as being taking to the law court, weeding, taking of public rubbish to the disposable sites, among others, which were creating fear and panic as well discomfort among the people”, he added.

Mr. Nunoo said the NCCE was pursuing this cause across the country in order to strengthen local community members’ participatory cause in the fight against the COVID-19 disease and urged all citizens to observe the preventive protocols.

You can’t dictate to Akufo-Addo; stop the disrespect – Sefwi...
41 minutes ago