Signing The Montie 3 Petition Was For Clemency – Jane Naana 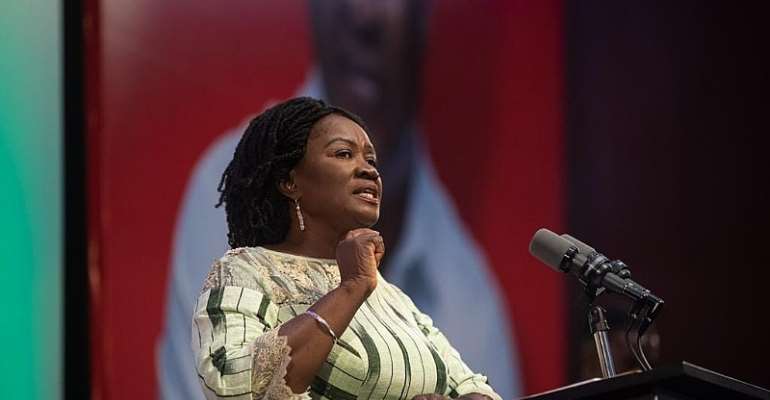 The runningmate of the opposition National Democratic Congress Professor Jane Naana Opoku-Agyemang says her decision to sign the Montie 3 petition was not an endorsement of the utterances of the convicts.

According to her, the move was to extend an appeal to the judges to temper justice with mercy.

In 2016, the former Education Minister joined hundreds of senior NDC members who signed a petition to then President John Mahama asking him to pardon the trio, which he did.

Following her announcement as the running mate for NDC Flagbearer for the 2020 election, the former UCC Vice-Chancellor has been criticized by a section of the public for calling for the release of the trio who had verbally attacked and threatened judges.

Reacting to the comments, the academician told Central region-based Live FM that the then NDC government did not interfere with the judicial process.

“The case was not tampered with, the court process was allowed to continue to its conclusion. Those of us who listened to the comments, we told them their utterances were wrong and so they should go and apologise and so made them apologise until the sentencing came. And in the judicial process, there is something called pardon or clemency; even in recent times, they have pardoned a lot of people.

“So are they saying that if someone commits an offence and they are being taken away and they run to you to apologise on their behalf, as a mother will you throw them away? or that when you go and apologise on their behalf it means you endorse what they had done? no. If your child smashes the mirror of somebody’s car and you go and apologise does it mean your support what your child did? Mahama could have covered them but he didn’t do so, he allowed the law to work; what do we see today?”