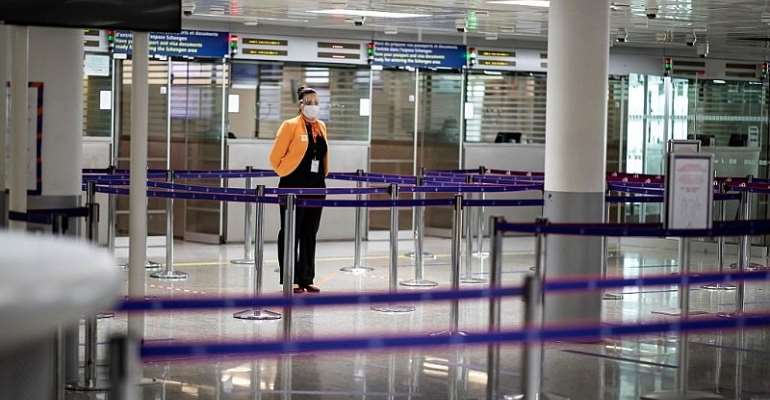 Air traffic for long-haul flights to and from Paris could take up to seven years to recover from the crisis provoked by the coronavirus pandemic, according to the CEO of Paris Airport.

Augustin de Romanet, head of airport operator ADP (Aéroports de Paris), said in a statement that the coronavirus had inflicted the worst downturn on the air traffic "in 50 years" and that a recovery to pre-Covid-19 levels would be very progressive.

The traffic should be back in 2021 for local flights and 2022 at the latest for the Schengen zone.

International airline travel is just one of the many industries across the globe to be severely hit by the Covid-19 crisis, with many companies, such as Air France having to rely on government bailouts or close down.

The forecast came alongside ADP results which showed a net loss of 543 million euros for the first half of the year, against a 250-million-euro net profit a year earlier.

Paris airport traffic dived by more than 62 percent in that period.

There was practically no traffic at all in April and May, and while June and July saw a recovery it was "slow", de Romanet said, describing the period which included the lockdown in France which began in March.

In an interview with Radio Classique on Tuesday, Romanet added that: "It is very difficult to know when you go from one country to another what the demands of the country of arrival are."

Starting 1 August, travellers from 16 countries deemed "at risk" (outside Europe) will have to undergo a PCR Covid-19 test directly upon arrival at French airports.

As the borders with these countries are already closed, these measures "concern (only) French citizens who reside in these countries or citizens of these countries who have a stable residence in France," Prime Minister Jean Castex said on Friday during a visit to Roissy-Charles-de-Gaulle airport.

"Today there is no predictability," said Romanet, adding that "in the morning you can go to Australia and the next day you're not allowed to go to Denmark."