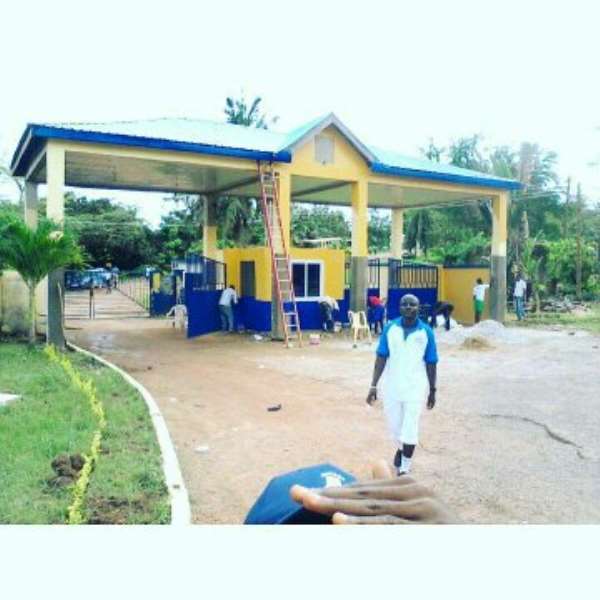 Nsein Senior High School (SHS) near Axim in the Nzema East Municipal Assembly, with the reported 26 confirmed COVID19 cases happens to be the second cycle institution to have so far recorded the most confirmed cases in the whole Western Region and arguably the country as a whole within the partially reopened schools.

The school, established in 1960, has produced a considerable number of notable personalities found in almost every field of human endeavour, over the decades. Mention could readily be made of the Hon. Charles Bissiw, Hon. Dr. Adjah Sipah Yankey, Hon. Emmanuel Armah-Kofi Buah, Mr. Elijah Boye-Ampah, Prosper Amihere (prosbeaTz) among others.

Based on its academic excellence over the decades, which perhaps deservedly won it the Science Resource Centre status during the John Ajekum Kuffour Administration; under the auspices of the Hon. Freddie Blay, then MP of the Ellembelle, now Chairman of the NPP. The school has always attracted the attention of parents and guardians from not only Nzemaland but from the nation's cities far and near; including Takoradi, Tarkwa, Accra, Kumasi, Tema, and even Ho and Koforidua.

With its current student population of 2,064, Teaching Staff strength of 101, and more than 50 Non-Teaching staff; and having about 900 students on campus during this partial school reopening, Nsein SHS, however, is in the news, for the wrong reason; a very challenging development. The school, which has a very interesting motto of 'Me Nyamenle nee Me Maanle' (My God and My Country), as said earlier, is now the single second cycle institution in the Western Region and perhaps the nation as a whole, to record the highest number of students confirmed COVID 19 cases since the partial reopening of schools. The above situation, of course is not the winning of a National Science and Maths Quiz for the school to pride itself in, and definitely not worth the Writer's trouble.

*The situation where the school has been left with the challenge of having to manage by way of finding places for use as isolation and quarantine centres for the suspected and infected students, is the crust of this piece.*

It is known that in the national scheme of managing the pandemic, government through the Ghana Health Service under the Sector Ministry, routing it delegated strength through the MMMDAs' COVID 19 Committees, has arrangements in place where confirmed persons are quarantined and even suspected ones are isolated.

It is however intriguing, that the Management of the Nsein SHS has since the suspicion, testing and confirmation of the earlier 9 students (and an additional 17 that became confirmed following a contact tracing which collected over 80 samples), is left to find it's own place in the school's set up to quarantine and isolate the infected students and the suspected ones respectively.

Again, information gathered from other school's in the Region including Archbishop Porter Girls' SHS, Ahantaman SHS, St. John's SHS, indicate that provisions are made by their respective local Assemblies through their Directorates of Health for such students confirmed of the COVID 19 to be given a place outside the school, where appropriate management, albeit in collaboration with the respective school authorities is ensured, by the COVID 19 Committee or Team.

So what made the case of Nsein SHS different?

Reports gathered, is that the Management of the Nzema East Municipality, where Hon. Frank Okpenye is the MCE, when contacted by the School as to whether the Assembly could help, yielded no result, as the latter responds that there was nothing it could do. Efforts made to contact the Hon. MCE to confirm or provide better clarity to this allegation, however, has proved futile, as he fails to pick calls for that purpose.

As things stand now, fear has engulfed both students and teachers on the school campus.

Making things worse, is the fact that most teachers and even the school's management for fear of possible political victimisation, are hushing themselves into loud silence in talking this out, hence the source providing this lead (being a teacher) begs to remain anonymous.

This teacher leaks, yet another information that two of the suspected students whose were among the samples taken for testing during the contact tracing (and who actually tested positive to the COVID 19) managed to escape from campus before the test results became established.

1. How is the school benefitting from the COVID 19 Fund if it is left to it's fate in such a trying time?

2. Assuming there are arrangements to later reimburse the school authority, the cost of having to manage the situation all by itself in the time being, one will have to ask: what technical expertise can the school mobilize locally to handle the infected students who are to be the end beneficiaries?

3. How sure can parents of such students be (even if they knew that their wards' are among the infected number) that the right feeding is going on in the hands of staff not trained to handle such a situation?

4. What legal basis does a school has, to retain a sick student on campus, when parents cannot know their wards' conditions; as if because of the need to write an examination, such students have become imprisoned or enslaved?

5. Which institution's duty is it now to liaise with the school to have information that could lead to tracing the two student escapees who are definitely hiding in their communities now and spreading the infection?

It becomes abundantly clear, that if the Nzemaland were not to be more rural and arguably more peaceful, the descension of parents and guardians on the school would have been more massive than that which occurred at the Accra Girls Senior High School.

Alas, as it is with us as Ghanaians, we will find the need to use this case as a reference, only when it becomes too late; like in places where students have been forced by the local environments to die avoidable deaths!

It is hoped that the Nzema East Municipal Assembly will become more responsive to the situation, to help avert the gloomy situation of the Nsein SHS and for that matter any other schools in its jurisdiction losing a student to the COVID 19 directly, or in any other related situation to be nicely explained away.