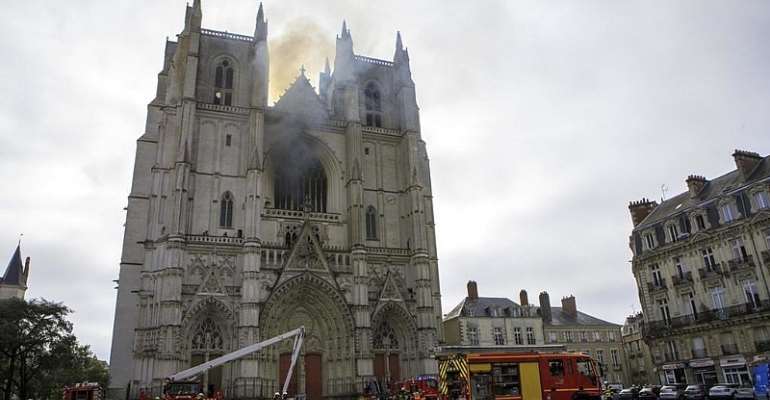 Experts with twelve different specialties have started to assess the damage suffered by the cathedral in the western city of Nantes, after a fire destroyed the historic church organ and some artwork.

The restoration of the building - the construction of which was started by the last Duke of Brittany François II (1435-1488) - will take a total of "at least three years", Pascal Prunet, chief architect for Monuments Historique, the French organisation that looks after national heritage properties, said.

"Just because there is work going on doesn't mean that the building will have to stay closed," Valérie Gaudard, Regional Curator of Monuments Historiques, added.

"We're going to make sure that there will be a partial reopening of the building," he added

The tomb of Francois II and his wife Marguerite de Foix have been spared despite their proximity to the fire.

The authorities hope to be able to reconstruct at least by part of the cathedral's glass roof that was blown out by the effect of heat, in much the same way the cathedral of Limoges was restored after the explosion of gas bottles in 2005.

An expert also visited the forecourt on Tuesday as well as the interior of the cathedral to assess the possible exposure of local residents to lead, a material that was contained in the great organ destroyed by fire.

An "appeal to the generosity of our fellow citizens" is going to be launched to finance this restoration, said the Loire-Atlantique prefect Claude d'Harcourt and "the State will take responsibility for its responsibilities if underwriting was not enough," he added.