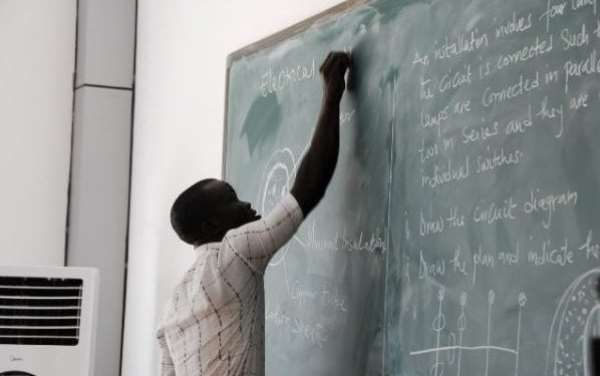 Four pre-tertiary education unions are calling on government to close schools over cases of COVID-19 recorded in schools.

They say the government’s claims of providing all the needed facilities and materials for pre-tertiary institutions to operate safely and avert the spread of COVID-19 in their various institutions are not accurate as the situation on the ground is not the best.

They said the materials in most instances are non-existent or limited.

Angel Carbonu, who spoke on behalf of the unions told Citi News that although the government makes the final determination, their position is that the government closes the schools because the current situation is worrying.

“We as a professional body and base on what is available to us have called on the government. Snippets of the situation is even gradually seeping into the media of infections in schools, schools converting infirmaries into isolation cents but if the government thinks that that situation is good, the final decision is for them to take but it doesn’t look as if it is a good story we are telling,” he said.

Government prior to the reopening of schools assured teachers, parents and students of adequate supply of PPEs and measures to enforce compliance of COVID-19 safety and prevention protocols but according to the teachers that is not the reality on the ground across the schools.

Ghana has recorded more than 100 COVID-19 cases in various pre-tertiary institutions across the country.

While the cases are fairly spread across the country, those reported at Accra Girls Senior High School gained prominence as some students staged a protest on campus to demand their release to go home over concerns they were not safe due to the confirmed cases.

Parents also thronged the school to demand the release of their wards, a request school authorities turned down.

At least 55 people including students have tested positive for COVID-19 in that school.

The Director of Public Health at the Ghana Health Service, Dr. Badu Sarkodie also recently announced that there was a confirmed case in a basic school in the Oti region.